CenterPoint Energy and Vectren to merge » 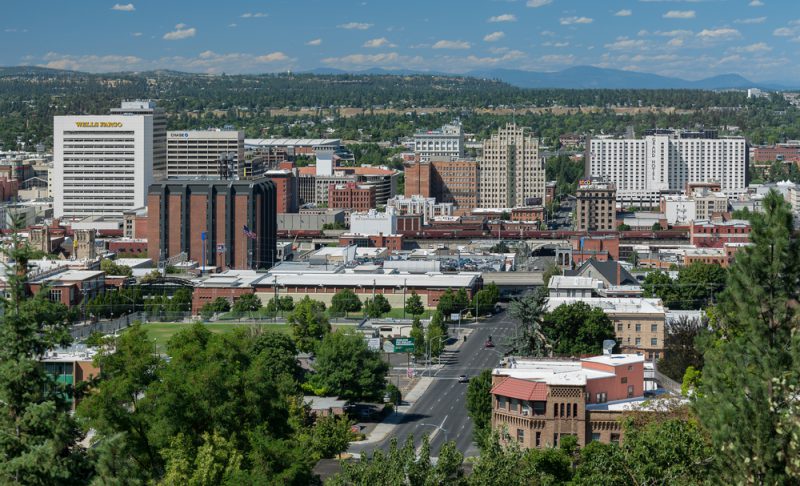 Becoming a smart city starts with a small step, said one expert, but it’s an important one.

Jesse Berst, chairman of the Smart Cities Council, said cities interested in starting a smart cities program should turn first to their local electric utility company to start a partnership.

“There are many cities out there that are looking at the triple crown – people, planet and profits, but you can’t get to 100 percent renewables without the help of utilities,” Berst told Daily Energy Insider. “And utilities have to work with cities in order to move forward as well.”

In places like, Spokane, Wash., innovation comes through collaboration. As part of a partnership between the city of Spokane, Avista Corp., Itron, McKinstry, Washington State University and the city’s University District Development Association, the so-called Urbanova initiative is a “living laboratory” where stakeholders can come together to work on smart city solutions that could be implemented in other parts of the city, if not the world.

The first part of the Urbanova project was to install 10 smart and connected street lights in the University District with sensors on them that provide data that can be analyzed with a goal of increasing public safety, energy efficiency and local air quality. In addition, 29 LED fixtures were outfitted with dynamic dimming capabilities to study use cases that integrate traffic data with the sensors, according to the city of Spokane and Urbanova.

“We’ve got to be looking ahead, we’ve got to be trying to prepare for the next 128 years to be competitive, because energy use, appliances, and everything else is getting much more energy efficient,” she said in an interview published by Engerati in March.

In addition, Avista is working with its partners on a pilot project for creating a Shared Energy Economy model in the University District to improve system efficiency and grid resiliency while providing building owners and non-utility generation assets economic information for better decision making, the joint statement said.

Spokane and Urbanova said on April 17 it won a Smart Cities North America Award by global research and intelligence firm IDC due to its innovative approach to using technology and data, its partnerships, its funding models and community involvement. Spokane was recognized for the award in the sustainable infrastructure category along with San Diego.

Berst said cities can invest in becoming a smart city in small ways. From installing smart street lights to putting in solar rooftops and other distributed renewable energy sources, to providing residents with electric car charging stations, cities can not only provide a more environmentally friendly atmosphere, but also save money.

Installing smart street lights, such as through the Urbanova initiative for example, can save a city millions in electricity costs.

Berst said it was also important to bring in all the stakeholders in a community together from the outset. From businesses, to representatives of different neighborhoods, to members of a city’s staff, the partnerships and collaboration will help to share costs, infrastructure and data architecture in the long run.

Cities and electric companies will have an opportunity to come together to advance smart city initiatives on May 7 at the Smart Cities Week Silicon Valley event in Santa Clara, Calif. The conference will feature a City/Utility Summit Meeting as part of Utilities Advancing Cities, a joint initiative of the Smart Cities Council and the Edison Electric Institute. Participants from the public and private sector can explore solutions like new business models for sharing infrastructure, costs and data. City officials can also glean insights from other local governments that have already become smart cities.

The goal of the workshop is to create a best practices guide for cities who are interested in becoming smart cities at the end of the year-long joint venture.

CenterPoint Energy and Vectren to merge »