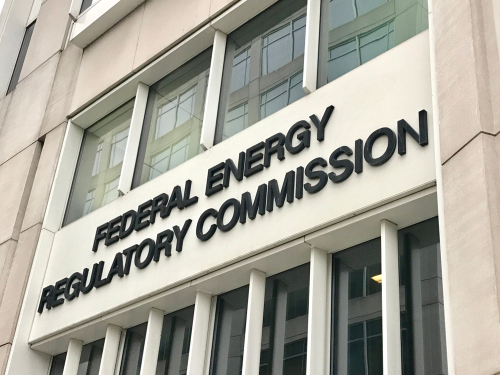 The Federal Energy Regulatory Commission (FERC) plans to address qualifying facility (QF) rates and requirements implementation Issues under the Public Utility Regulatory Policies Act (PURPA) of 1978 during its Sept. 19 meeting, according to a new meeting notice.

Sources say it also appears that FERC, which is responsible for implementing the law that’s meant to promote energy conservation, as well as greater use of domestic energy and renewable energy, will open a related proceeding — action long-awaited by many industry regulators and stakeholders.

“There has been considerable concern by state regulators that the PURPA process may be being abused by smaller-scale wholesale renewable energy generators and there has been an increasing call from many of these regulators to start to reform the process in order to remove the incentives and opportunities for these types of abuses,” David Dismukes, professor and executive director of the Center for Energy Studies (CES) at Louisiana State University (LSU), told Daily Energy Insider.

“State utility regulators, from the individual commission perspectives, and collectively through NARUC, have called for reform and this is really hard to ignore,” said Dismukes, who recently released reform recommendations in his report, The Urgency of PURPA Reform to Assure Ratepayer Protection, published by the CES.

According to the CES report, an estimated 45,000 megawatts (MW) of renewable PURPA QF capacity has been developed over the last decade, with another 24,000 MW of QF capacity reportedly under development; roughly 75 percent of it being solar.

The cost of these new wholesale power purchase requirements would be in addition to the estimated $108 billion of PURPA-related renewable energy purchases already incurred over the past decade, the report says.

“It is not surprising, therefore, that the need to reform PURPA is both important and controversial,” writes Dismukes, who calls PURPA reform an important ratepayer protection issue “that needs to be addressed immediately.”

“The true victims of PURPA abuse … is not regulated utilities, or their shareholders, but rather the captive ratepayers of these utilities that are stuck servicing these over-priced long-term renewable power agreements,” writes Dismukes, adding that utilities simply pass along the excessive costs associated with PURPA-related renewable energy purchases to their ratepayers.

In the report, Dismukes makes several recommendations to reform PURPA and to end the abuses that have taken hold by “speculative QF renewable generation developers.” He says that “the most important and obvious reform” for FERC to make is to eliminate the 20 MW threshold for QF renewable energy purchases.

“Today, all utilities, even those that are part of a presumptively competitive RTO, are still required to purchase QF renewable energy offers for generators with a capacity of 20 MW or less,” he writes. “This provision needs to be removed since at this point in time there are no barriers to entry for getting bonafide renewable energy projects to the market.”

The Edison Electric Institute (EEI), which represents the nation’s investor-owned utilities, agrees that market abuses have created billions of dollars in unnecessary costs for consumers.

In February, EEI filed a motion requesting that FERC collect its individual pro-reform PURPA filings into one docket, saying that market changes, including those that have occurred since PURPA was modified in 2005, “demonstrate the need for the Commission to undertake a holistic review of its rules and regulations implementing PURPA to ensure that they are consistent with today’s electric markets.”

In fact, FERC has been reviewing the issue since May 2018 when it opened a review to revise its regulations under PURPA.
FERC Chairman Neil Chatterjee told lawmakers during a June 12 U.S. House Energy and Commerce Energy Subcommittee hearing that while he could not “discuss the specifics of our internal deliberations” regarding FERC’s efforts, he does plan to “continue working with my colleagues to determine the best path forward on this issue.”

More recently, Chatterjee said during a Sept. 4 policy leadership series event, held by the nonprofit Resources for the Future, that Congress should be the one to update PURPA policy because he doesn’t “believe it is within our statutory purview to take that expansive view ourselves.”

But he also noted in the interview that “any reforms that we make to modernize PURPA, in my view, should not [and] would not have a detrimental effect on renewables because I think renewables can compete on their own.”
Of course, that’s debatable depending on who you ask.

“Any significant reforms to FERC’s regulations implementing PURPA would likely have wide-ranging impacts on the development of renewable energy across the country, particularly solar located in regions outside of Regional Transmission Organizations,” Steven Shparber, of counsel with Nelson Mullins Riley & Scarborough LLP, told Daily Energy Insider on Friday.

Meanwhile, LSU’s Dismukes said he generally expects FERC to broadly seek input from the regulatory community, utilities and renewable energy developers on several issues, including what steps could be taken to improve the effectiveness of PURPA and eliminate potential abuses.

“My opinion is that this is sorely needed,” Dismukes said about FERC’s upcoming meeting topic. “I do think some changes will ultimately arise but can’t say at this point what the extent of those changes will be.”