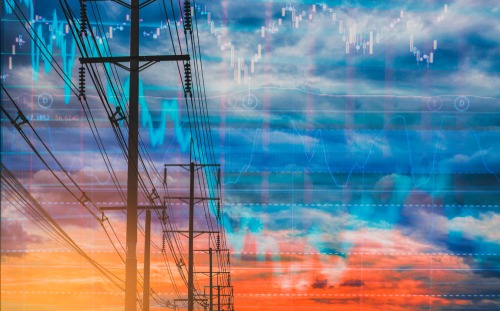 After a year of winter storms affecting Texas and other states across the country, a new coalition of energy, consumer, business, and policy stakeholders have launched Power for Tomorrow (PFT).

“In every state that has made the decision to deregulate their electric utilities, rates have gone up for customers,” said Gary Meltz, executive director for Power for Tomorrow. “Alternative energy suppliers take advantage of ratepayers through misleading and high-pressure sales tactics that promise savings which never materialize. Our goals are to educate ratepayers, lawmakers, and the media about this reality and ensure they are not tricked into thinking that deregulation lowers rates.”

PFT calls themselves a bipartisan group with the goal of educating the public on electric utility deregulation. The winter storm that hit Texas in February was a catalyst for the organization, especially with so much consumer-focused news surrounding energy deregulation.

Former FERC Commissioner Tony Clark, a PFT expert, said the launch is meant to give consumers a voice and ensure their access to reliable, affordable energy.

“The past year has only emphasized the critical need for electricity in 21st century life. Whether it’s seeing a primary care doctor via a tele-visit or taking part in virtual schooling, Americans can’t afford to be without it,” Clark said. “A well-regulated utility system improves reliability, protects consumers from exorbitant price hikes, and promotes investment in infrastructure and innovative clean energy technologies.”

Power for Tomorrow has assembled a group of industry experts to create educational materials. It is launching its organization with an advertising campaign in Virginia to advocate against any future deregulation. A law had been introduced in the commonwealth in 2020, moved to 2021, but has yet to be discussed this year.

“Power for Tomorrow is not working directly with lawmakers in Virginia,” Meltz said. “We are anticipating that the issue of deregulation could again raise its head before the end of the year in the General Assembly or come back in regular session next year. Our effort is to ensure that lawmakers and voters are fully educated on this subject. If people understand the facts about deregulation, it won’t stand a chance.”

Meltz explained that the utilities operating in Virginia are providing consumers with affordable and reliable energy and have been working towards increasing clean energy in the state. He said, “No one is against setting a high bar for the existing utilities; we want to ensure that deregulation doesn’t undermine the current situation, which is affordable and reliable electricity. ”

PFT is advocating for “sensible regulation” that will allow utilities to protect consumers. They believe that the vertically-integrated utility model will benefit customers, even as the power grid evolves. The group explained that the model already exists in many states because it “provides reliable electricity, protects consumers, promotes investment in infrastructure and clean energy, and ensures all Americans have access to affordable power.”

Winter Storm Uri resulted in power outages for millions of Texans for a number of days, with questions about whether deregulation led to the crisis. The storm led to the formation of PFT to “act a resource to educate consumers, the media, and lawmakers about the importance of a well-regulated utility system and reject efforts to adopt deregulation across America.”

“We just learned this week that more than 100 people lost their lives in the Texas energy tragedy. Our prayers go out to those families,” Meltz said. “We also sympathize with those ratepayers whose homes were destroyed or damaged or received electric bills in the thousands of dollars for just a few days of power. It’s important that we use this as a teachable moment to ensure that other states avoid the same terrible mistakes made in Texas. Primarily, that a deregulated market enriches alternative energy suppliers, and everyone else loses.”

Maryland is the most recent state to vote on energy deregulation. Former Maryland Public Service Commission Chairman Steve Larsen said that Maryland consumers saw a rate increase of 50 to 75 percent when their markets were deregulated.

“I spent over 15 years working in state government under three different governors, and the legislation to deregulate Maryland’s utility market was the worst decision I saw made,” he said. “PFT stands as a resource against this harm in Maryland, the recent devastation in Texas, and in support of consumers nationwide, so they don’t have to go through these same unnecessary, avoidable hardships.”