ComEd names Gil Quiniones, of NYPA, as next CEO » 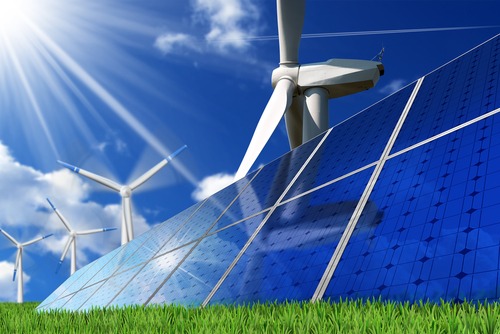 Portland General Electric (PGE) has shared an update on its plans for achieving zero greenhouse gas emissions by 2040, including a proposal to nearly triple its clean and renewable energy resources by 2030, targets it said could be met while maintaining reliability and keeping rates affordable for customers.

PGE said on Oct. 15 it began a public request for proposals process to acquire clean resources to help decarbonize Oregon’s grid. The company also filed its inaugural Distribution System Plan with the Oregon Public Utility Commission (OPUC), a document that outlines how PGE wants to upgrade the grid to make it smarter, more flexible, and cleaner.

In order for the Oregon-based utility to achieve its emissions targets, PGE said it would increase the amount of clean energy serving customers. It also expects to reduce coal in its portfolio by 2025 by accelerating its exit from co-ownership of the Colstrip power plant in Montana. And PGE aims to grow its flexible load portfolio eight times the existing program by 2030, the equivalent of serving more than 200,000 households.

“We are taking action to reduce greenhouse gas emissions while maintaining an affordable, reliable energy future for everyone,” Brett Sims, vice president of Strategy, Regulation and Energy Supply at PGE, said in a statement.

PGE intends to pursue a two-way energy ecosystem with its customers to support decarbonization, given that estimated solar panels, batteries, electric vehicles and other distributed energy resources could provide as much as 25 percent of the power needed on the hottest and coldest days of the year by 2030.

“Working collaboratively with our stakeholders, we are advancing plans to add more renewables and non-emitting resources and partnering with our customers on building an equitable, two-way electric grid,” Sims said.

If all goes as planned, the company believes it could reach an 80 percent greenhouse gas emissions reduction by 2030 and 90 percent by 2035. This will also bring it in line with Oregon’s clean energy law, H.B. 2021, which sets the bar for utilities to provide customers with 100 percent clean electricity by 2040.

PGE told Daily Energy Insider it will consider both power purchase agreements, as well as the various ownership positions that could be brought about by acquiring development rights, joint ownership and build-own-transfer agreements. Combinations also will be possible, but at the end of the day, both PGE and regulators will collaborate to determine what options can match emissions-reductions needs with the least cost and risk.

In its Distribution System Plan filing, PGE not only noted the need for a strong partnership with its customers, but emphasized intentions to expand clean technology use on its grid and grow its flexible load portfolio while encouraging customers to shift energy use away from peak demand times. Such planning efforts, the company said, could help it to better meet some of the state’s own goals, such as the push for 250,000 additional zero-emission electric vehicles in Oregon by 2025 and 1.1 million by 2030. By comparison, only around 35,000 such vehicles are on Oregon’s roads today. Such increases could therefore significantly increase load, testing the system if it were unprepared.

The investor-owned energy company anticipates that by 2030 there could potentially be as much as 500 MW of new clean electricity on the energy grid – four times as much solar and storage in use today. To prepare for that, PGE said it would continue to identify and leverage emerging tech through its Smart Grid Test Bed, a multi-year learning program around several communities where members can get rewarded for taking steps to shift their energy use away from peak times.

Meanwhile, PGE also filed a motion with the OPUC requesting a one-year extension for filing its next Integrated Resource Plan. The company stated in its filing that an extension until March 2023 would give it extra time to develop the planning requirements established under HB 2021, including more robust state carbon targets and the development of a Clean Energy Plan.

ComEd names Gil Quiniones, of NYPA, as next CEO »