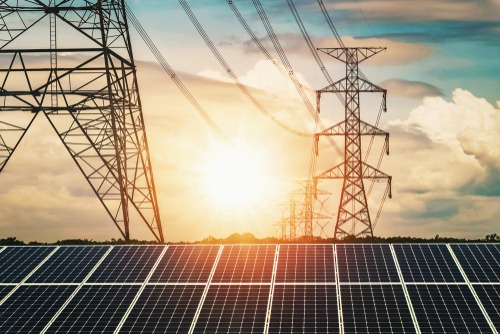 Power leaders from the nation’s most influential energy trade associations on Jan. 20 shared their policy priorities for 2022 during a session of the United States Energy Association’s (USEA) 18th Annual State of the Energy Industry Forum.

Some of the policy issues top-of-mind for USEA panelists during the second session included those around climate challenges, tax credits and investment incentives, energy infrastructure, cybersecurity, and workforce-related and supply chain pressures.

USEA Senior Director and panel moderator Will Polen characterized the current policy landscape as dynamic, albeit chaotic, as the Biden administration starts implementing the bipartisan Infrastructure Investment and Jobs Act, congressional members consider clean-energy and other provisions in the Build Back Better Act, and the U.S. Department of Energy (DOE) launches a new Building a Better Grid initiative to accelerate the deployment of new transmission lines.

It also will help build thousands of miles of transmission lines that deliver clean energy via DOE’s Building a Better Grid initiative, announced earlier this month and enabled by the infrastructure law to make the U.S. grid more reliable and resilient against extreme weather events. The initiative is also critical to achieving President Joe Biden’s goal of 100-percent carbon-free electricity by 2035, according to the White House.

The Build Back Better Act, H.R. 5376 — which in November 2021, narrowly passed the U.S. House of Representatives on a 220-213 vote — contains equally important funding provisions related to EVs and zero-emission, heavy-duty vehicles; cybersecurity programs; and wildfire prevention, drought relief, conservation efforts, and climate change research, among others. The measure remains under consideration in the U.S. Senate.

In lieu of such federal actions, the reduction of carbon emissions, meeting climate goals, and withstanding increasingly challenging weather events will continue to be a top priority this year for the energy industry.

“We see a path toward zero-carbon emissions and that path forward is clean,” said Tom Kuhn, EEI’s president and chief executive officer of the Edison Electric Institute (EEI), which represents all of the nation’s investor-owned utilities. EEI’s member companies, he said, “are part of the climate solution.”

In fact, EEI’s member companies have already made significant progress in reducing their carbon emissions, which are at their lowest level in more than 40 years, said Kuhn. And with the right tax policies in place, he said electric companies can get to a cleaner energy future even faster, while preserving electric reliability and affordability for their customers.

For instance, EEI has urged Congress to support technology-neutral tax policies and to pass legislation that provides options in choosing tax credits for solar; alternatives to normalization for regulated electric companies; 100-percent direct pay for the clean energy credits; a nuclear tax credit for existing facilities; new tax credits for storage, transmission and hydrogen; and expansion of the EV tax credit/EV infrastructure credit.

Kuhn also pointed out that being involved with EVs is another example of the electric sector being part of the climate solution, and EEI will continue working with the Biden administration to ensure they “get it right” regarding tax credit provisions for nuclear, hydrogen storage, transmission, etc., in the Build Back Better Act, even if the bill ends up being split into different bills.

Jim Matheson, CEO of the National Rural Electric Cooperative Association (NRECA), which supports the electric cooperatives serving 42 million Americans in some of the nation’s rural and more-remote locations, said that because its member companies are nonprofit entities, the proposed tax credits in the Build Back Better Act “mean nothing” because NRECA companies don’t have taxable status.

Lacking such an incentive, Matheson said, is an issue NRECA has raised with members of Congress in a draft provision that has been developed around direct pay. “We need the same level of incentives,” he said during the panel session. “This is an important issue for us and it would be transformative.”

Karen Harbert, president and CEO of American Gas Association (AGA), said the environment and climate change are also important considerations for AGA member companies, which have reduced emissions in distribution 70 percent since 1990.

“But we’re not done,” said Harbert, noting that AGA member companies have invested $100 million thus far to find additional low-carbon alternatives. They are also helping their growing customer base reduce its carbon footprint 1.2 percent every year. “We have an ambitious agenda,” Harbert said. “We’re all in.”

AGA also supports the new bipartisan infrastructure package, which Harbert said includes broadened provisions that are more applicable to all energy stakeholders. “Now, we just have to be sure it gets implemented,” she said.

Cybersecurity is another policy priority for the energy sector, according to panelists, who are increasingly interested in safeguarding the automated generation, transmission and distribution of power.

Joy Ditto, president and CEO of the American Public Power Association (APPA), said its importance is being driven by more digital components being put on the grid. She thinks federal cyber-related reporting legislation will be reconsidered this year that would help facilitate the sharing of information and reporting of cyberattacks.

“We have to have a clearer understanding of digitization and cybersecurity issues,” Ditto said. “We don’t often understand the networks underlying our systems. It’s a challenge we can meet but we have to be mindful of it.”

Regarding the industry’s workforce needs, NRECA’s Matheson said there’s currently a fragmented approach to workforce improvement that could be helped by taking a more comprehensive view of the trades, for instance.

Ditto agreed that workforce availability also continues to be a challenge, particularly during the nation’s current tight labor market. She thinks it’s imperative that the energy sector work together “to shine a light on how wonderful it is to work in this industry” by providing ongoing, simplified education about the industry to the general population and to policymakers.