DOE to award more than $2.3B for initiatives to reduce CO2 emissions » 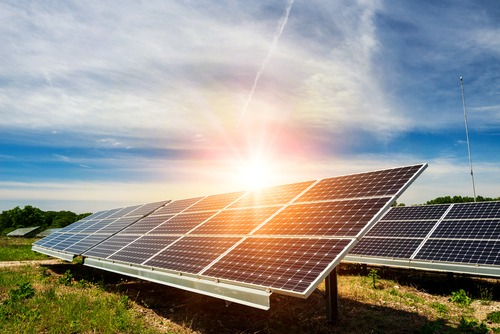 “Microsoft continues to be a leader in the clean energy transition,” said AES President and CEO Andrés Gluski. “Working in tandem with Microsoft, we co-created a scalable 24/7 carbon-free solution to power its data centers in Virginia, and we are now proud to move forward on another innovative renewable energy supply structure in California.”

AES on May 4 announced the 20-year agreement to provide renewable energy to the tech giant’s data centers in California where it will source the energy from a portfolio of 110 megawatt (MW) AC solar and 55 MW, four-hour storage projects in the state’s Independent System Operator region.

“AES’s presence and critical capabilities in California will support our transition to 100-percent renewable energy by 2025 and enable us to move forward in having 100 percent of our electricity matched by zero-carbon resources all the time in the state,” Brian Janous, Microsoft’s general manager of energy and renewables, said in a statement.

The new AES-Microsoft agreement expands upon prior renewable energy agreements made between the two companies, the most recent being the 15-year agreement AES signed in November 2021 to power Microsoft’s Virginia-based data centers.

“We’ve looked to AES as a partner in PJM and now California based on its ability to create innovative commercial structures that meet our needs,” said Janous.

During 2021, AES signed almost 5 gigawatts (GW) of new power purchase agreements (PPAs) globally. In fact, AES sold more clean energy to corporations than any other developer globally, at just under 3 GW, with two-thirds of that activity taking place in the United States, as well as in other markets, like Brazil, Panama and Chile, according to BloombergNEF’s January PPA report.

DOE to award more than $2.3B for initiatives to reduce CO2 emissions »