« Invenergy, GE Renewable Energy to build largest wind farm in the US 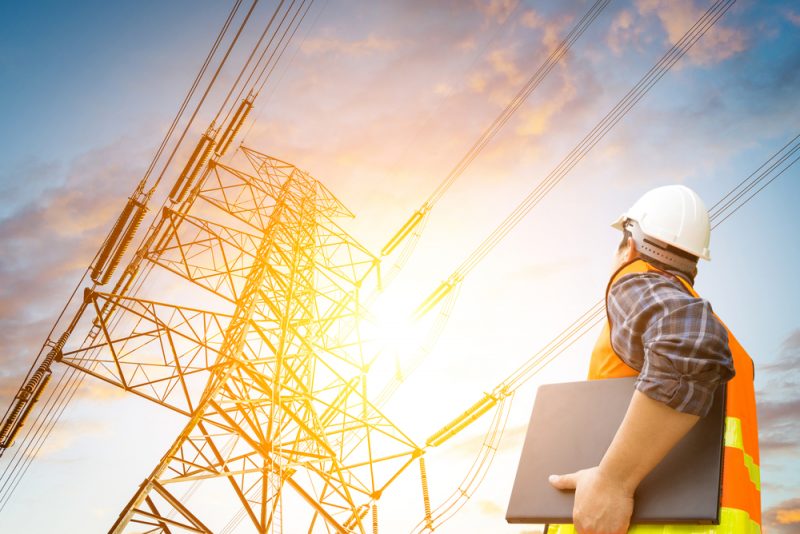 The nation’s labor force and economy get a massive boost from the electric power industry, which overall supports more than 7 million American jobs and contributes $880 billion annually, or 5 percent a year, to the U.S. gross domestic product (GDP), according to a new industry report.

“We like to say that our industry represents the first 5 percent of the GDP because without electricity you can’t power the other 95 percent,” Tom Kuhn, president of the Edison Electric Institute (EEI), said during a conference call on Wednesday announcing the release of “Powering America: The Economic and Workforce Contributions of the U.S. Electric Power Industry.”

Allen explained the methodology for the report, which used official, government-collected data, as well as the Economic Modeling Specialists International (Emsi) model. The Emsi model represents the flow of money in an economy — an input/output model, Allen said, that along with jobs, earnings and sales multipliers also details the demographic and occupational components of jobs and covers more than 1,000 sectors.

And by basing the report on an economic impact study that relied on government data, researchers were able to explore the downstream impacts of a particular job in a certain industry, providing a broader economic impact analysis, Allen said.

The report is likely the most comprehensive study ever done on the electric power industry, Allen said, and “thoroughly quantifies that it contributes so much to the nation’s economy.”

For example, electric power industry induced jobs — which are jobs spread throughout the economy that exist because they’re a result of paycheck spending by employees and government spending to support the communities around those workers — total more than 4.4 million, the report says. Some 678,000 jobs were induced by power industry employees, nearly 960,000 by contractors and supply chain employees, and another 445,000 by the public sector. The economy-wide ripple effect induced another 2.33 million jobs, according to the report’s findings.

The trickle-down effect also extends beyond economics, said Jeffrey Connor, chief operating officer at the NRECA, during the call.

The industry “offers the best jobs in a community many times and the job has an important meaning in the community when you’re out there working for the co-op,” he said.

Sue Kelly, president and CEO of the APPA, said many of the 2,000 companies the association represents are in large areas, but also very prevalent in small town America, too.

“These are good government jobs with good government benefits and we become part of the community in providing services and reflect that community’s values,” Kelly said. “We’re their backbone.”

Looking ahead
Kuhn said the study spanned more than a year of work “because we wanted to make sure we did it thoroughly.”

In looking ahead at what’s next for the industry, the report provides some clues.

For instance, the report noted that significant annual investments by the electric power industry to build smarter energy infrastructure and to continue the transition to even cleaner electric generation sources are expected to exceed $100 billion annually for the next several years. Allen estimated that this level of investment could provide upwards of 1.4 million jobs.

Calling it the “most capital-intensive industry in the nation,” Allen said the electric power industry makes the largest investments in both wind and solar.

And as the industry continues to transform and progress, Kuhn said it’s important to note that “if you look at capital expenditures, they are moving toward the distribution side of the equation with smart grids, micro-grids and charging stations, among other advances, and “a lot more jobs are being created on the distribution side” as compared to the generation side.

Over the next decade, significant numbers of engineers and technicians working in the electric power industry are expected to retire. Kuhn said the industry is preparing by working with the Center for Energy Workforce Development (CEWD) and forging partnerships with educational institutions, public workforce systems and organized labor to create long-term employment solutions for a skilled, diverse workforce.

And because a majority of the skilled workforce is organized labor, the industry works with organized labor to provide apprenticeship programs, on-the-job training and continuing education, he added.

Another wealth of hires has been made from the U.S. military, which accounts for 10 percent of the industry’s new hires as of year-end 2014, according to the report.

The industry’s Troops to Energy Jobs program, which is managed by CEWD, provides military veterans with a variety of job options, many aligned with their service assignments. Kuhn said most of the industry’s best trained, most technologically skilled and knowledgeable employees are veterans.

“We’re proud of our military vets and we will continue to expand this program,” he said.

In general, the analysis was designed to help policymakers, customers and other businesses understand the importance of the electric power industry, according to the report.

« Invenergy, GE Renewable Energy to build largest wind farm in the US