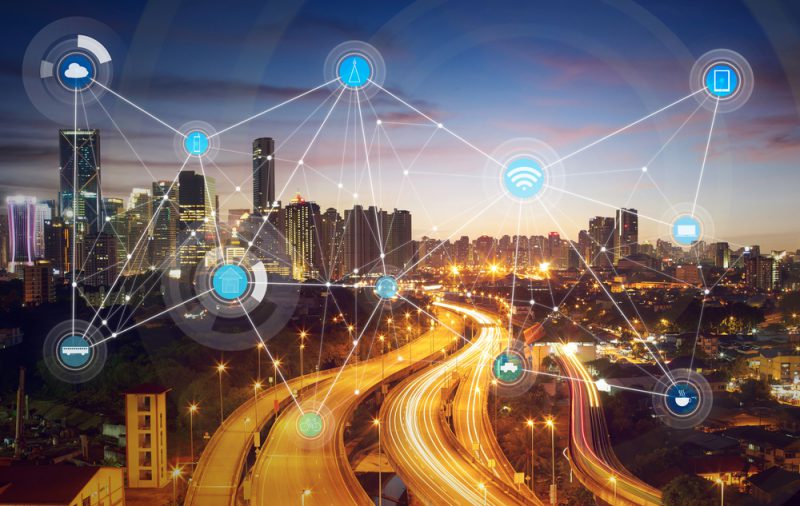 The demand to meet carbon-reduction and sustainability goals in cities around the world will create a market worth $1.5 trillion for “smart services” during the next decade, according to a recent report by Navigant Consulting Inc.

Some leading cities already have begun projects to help meet their long-term climate goals, with plans for major innovation – including the adoption of advanced digital technology – in the areas of energy, building management and transportation.

In addition, cities are seeking opportunity in the adoption of “circular strategies,” which are recycling policies that create economies that are as waste free as possible.

The C40 Cities Climate Leadership Group, which represents 90 cities and 650 million people, estimates that 97 percent of the activities needed to achieve 2050 global emissions goals will have to be established in the worlds leading cities by 2030. For that to occur, the cities and their partners will need to initiate many projects in the next three to five years, according to the Navigant report.

Utiities are well positioned to take a leadership role and drive many of the changes but changes are occurring regardless of their involvement, said Eric Woods, associate director, Energy, at Navigant.

“Cities are no longer passive players in terms of the changes that are occurring in the energy sector,” Woods said in a recent webinar.

Municipal leaders in cities around the world, he said, are setting targets and taking action.

Residents in the community of Utrecht, the Netherlands, for example, have drawn up an energy plan to be carbon neutral by 2030. Amsterdam and Peterborough in the UK are undertaking “circular city” projects.

San Diego is investing $30 million deploying what it says is the world’s largest smart city sensor network that will transform street lights into a digital network that can, among other things, help drivers find parking and support first responders in emergencies. Similar efforts are underway in Bristol in the UK and Helsinki.

In Antwerp, Belgium, an area has been designated where buildings are built to “Passive House” standards, resulting in minimal energy use for heating and cooling. And in Salzburg, Austria, an entire housing district has been renovated. Solar generation and storage were integrated into a new microgrid.

The traditional energy delivery system is shifting away from a one-way power grid to an integrated two-way “energy cloud” characterized by distributed and renewable energy resources, digital technologies, and the interconnection of everyday devices known as the Internet of Things.

“This model represents the shift away from centralized energy generation and distribution toward a highly distributed, networked, and dynamic grid in which technology-rich platforms such as integrated distributed energy resources (iDER), building-to-grid, transportation-to-grid, neural grids, Internet of Energy, transactive energy (TE) platforms and smart cities are emerging,” the report said.

“The ability of utilities and other players in the energy sector to create strong ecosystems around these platforms and to establish and leverage an orchestrator role will fundamentally shape the future of the energy market.”

Buildings will transform from being mere delivery points for energy and other services to energy producers through solar and demand-side management programs.

Meeting climate goals also will require a radical rethinking of urban transportation, according to the report. About 20 percent of a city’s greenhouse gas emissions are a result of public and private transportation, the majority of which can be attributed to vehicles on the road.

To reduce those emissions, Navigant’s report said, cities are promoting the adoption of low-carbon vehicles and other mobility options. “In an increasingly connected environment, cities have now become the focal point for a range of new, shared vehicle mobility options such as carsharing, bikesharing and rideshare applications.”

Navigant analyzed the impact of driving automation and mobility-as-a-service – such as ride sharing and car sharing – in a model city of 3 million people. Under a high-adoption scenario, the report predicts the innovation could remove 1 million cars from the road, recover $12 billion to $50 billion in land value from reclaimed parking areas and reduce pavement by 3.9 square miles.

The spread of electric vehicles will increase the demand for power. By 2020, more than 4,000 gigawatt hours will be consumed by plug-in vehicles, which will bring together the utility and transportation sectors to work toward a common purpose.