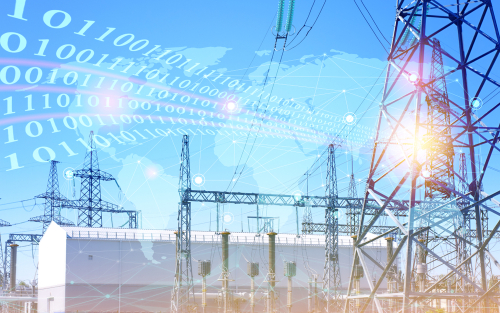 When it comes to measuring utility performance, data should analyze outcomes rather than actions, a panel of regulators and a consumer advocate said during a session of the National Association of Regulatory Utility Commissioners (NARUC) Annual Meeting in New Orleans.

In a discussion moderated on Tuesday by Jeff Hughes, commissioner with the North Carolina Utilities Commission, panelists said measuring utility performance and choosing effective metrics isn’t easy, but that to accurately regulate electric and water utilities, state regulators need to develop systems that use data accurately.

“As the market maker, what we’re trying to do is incentivize the utility to make high-value procurements in energy efficiency,” she said. “We want the utility to make the best investment choice with our money at each step. So we set up a performance base that maps net benefits against spending and established a financial incentive that encourages the utility to invest in energy efficiency when the incremental net benefits outpace net spending, and discourages investments when incremental spending outpaces benefits.”

Panelist Patrick Cicero, Pennsylvania Consumer Advocate, also said that performance measurements should look at outcomes more than actions, such as taking into consideration metrics that measure money at risk and high arrearages.

“We don’t want that, right?” he said. “But how do you reduce those and reduce terminations? Those are the kinds of dual outcomes that could be in conflict with each other, but that I would argue are complimentary to each other that should be rewarded instead of just the interactions.”

Hughes asked whether utilities should be tracking customer bills and increases in their bills over time, but the panelists said those measurements weren’t the data indicator most thought they were. Cicero said a better measurement would be what percentage of customers are paying their bills on time.

“If you have an increasing number of customers that are paying their bill on time, that’s saying something about your rate, your rate structure,” he said. “Arrearages too should be measured. It becomes a question that if a utility is having a significant number of bills that aren’t paid on time and in full each month and arrearages are building up, then there’s something going on there … Very few payment arrangements should fail if the utilities are doing the agreements correctly based on household ability to pay.”

Cicero also recommended tracking not just how people pay their bills but tracking how they interact with those bills and how often customers go from that electronic bill to access other services on the utility’s website.

Anthony said that bills were not so much a reflection of present action, but of past consumer action.

“Customer bills reflect past decisions. They are the outcome of decisions that we have already made. So, they don’t really help us with any forward-going decisions as regulators,” she said.

Anthony said any incentives regulators provide based on those measurements, however, should not be based on actions.

“In Rhode Island, we hope that our utilities understand that we are not going to incentivize actions. We are only focused on outcomes. The outcomes are the net benefits that we care about,” she said, noting that the Rhode Island PUC has rejected dozens of action-based performance incentives.

“One of the reasons is that if you incentivize an action, you’re going to get that action, whether it’s the right action or the wrong action,” Anthony said. “We have a principle that says all outcomes should be incentivized at the same rate because we don’t want to be incentivizing particular actions to get there. We want the utility to be innovative and engaged in least-cost procurement in order to achieve an outcome.”