Wholesale electricity prices remained stable in the east, increased in Texas and California in 2017 »

Published on January 18, 2018 by Kevin Randolph 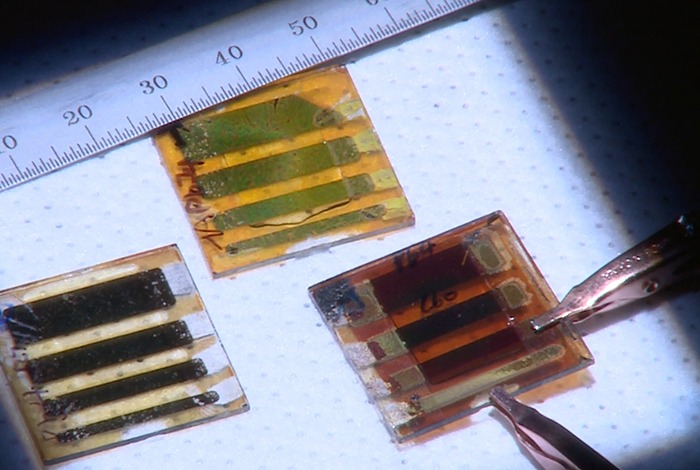 A new study from researchers at the Department of Energy’s (DOE) National Renewable Energy Laboratory (NREL) and the University of Texas at Austin reveals information about how perovskite solar cells degrade, which could enable improvements in performance and durability.

For the study, the scientists examined two organic-inorganic hybrid perovskite thin films made of methylammonium lead iodide (CH3NH3PbI3 or MAPbI3). The studied the perovskite solar cells’ polycrystalline structure, which consists of individual crystals grains adjacent to other crystals. The area where the crystals touch is called a grain boundary.

“The general assumption is that degradation starts with grain boundaries,” Kai Zhu, a senior scientist in NREL’s Chemistry & Nanoscience Department and co-author of the paper, said. “We were able to show that degradation is not really starting from the visible boundaries between grains. It’s coming from the grain surface.”

This discovery suggests that the surface of a perovskite solar cell should be targeted for improving device performance, rather than the grain boundaries.

The paper, “Impact of Grain Boundaries on Efficiency and Stability of Organic-Inorganic Trihalide Perovskites,” was published in Nature Communications.

Wholesale electricity prices remained stable in the east, increased in Texas and California in 2017 »