Some experts say PURPA needs an overhaul to fit the times »

Published on February 16, 2018 by Bill Yingling 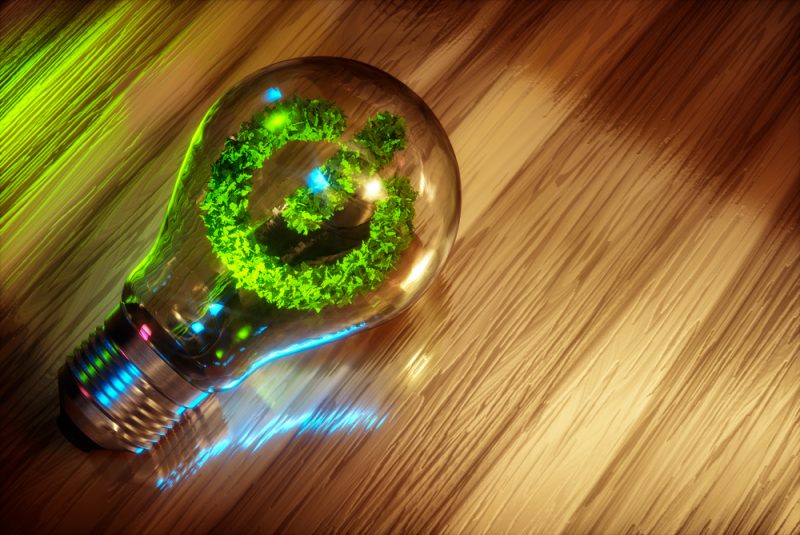 The Natural Resources Defense Council (NRDC) and the Edison Electric Institute (EEI) released a joint statement this week outlining 21 policy priorities on which they will work together to advance clean energy.

The joint statement was announced on Wednesday after a collegial debate at the National Association of Regulatory Utility Commissioners’ Winter Policy Summit in Washington, D.C.

Phil Moeller, executive vice president of the business operations group and regulatory affairs at EEI, and Ralph Cavanagh, energy co-director at NRDC, debated whether regulators should pursue an all-of-the-above energy strategy that essentially provides for the development of a wide variety of energy sources based on individual states and regions.

Moeller emphasized that every state has its own unique set of advantages and challenges and that regulators need to be open to the differences in resources and the politics in each state.

In 1990, Moeller helped drive through an initial set of energy conservation standards in the state of Washington. It took repeated effort. “Other states weren’t ready for it yet. Washington state had to take the lead. It was tough. It took time. The politics behind it were such that people had to get used to the idea and the concept and be won over,” Moeller said. “That’s the realpolitik world that we live in.”

Cavanagh, on the other hand, argued that “all-of-the-above” is an unprincipled approach that is ineffective in achieving the nation’s energy and environmental goals.

“All-of-the-above is possibly the most successful slogan ever devised to misleadingly summarize an energy policy perspective,” he said. “It has been embraced by both parties at the federal level, by virtually every senator and congressman desirous of reelection.”

“All-of-the-above has nothing to do with what you do,” Cavanaugh told the audience of energy regulators. “You can’t be seen as all of the above. You actually have to choose.”

Cavanagh pointed to the cancellation of a series of nuclear plants in the Northwest during the 1980s whose plans were based on erroneous forecasts that the region’s power supply would fall far short of demand. What they found was that as rates increased, consumers learned to conserve.

Jimmy Carter enacted the Northwest Power Act, which was based on the idea that conservation was the least-cost alternative to meeting growing demand, not increased production.

The principle was: “Buy only what you need and buy it as cheaply as possible,” Cavanagh said.

In the ensuing decades, Cavanagh said, the approach has led to the equivalent of 8,000 megawatts of base-load generation in the form of energy efficiency in the region, and savings of $4 billion annually on energy bills.

Between 1949 and 1973, energy consumption in the United States grew by more than three times the rate of the population, Cavanagh noted. After 1973 – the year of the Middle East oil embargo and about the time when energy efficiency began to take root – energy use increased by a third while the economy more than tripled.

“Economic growth is decoupled from energy use,” Cavanagh said. Energy efficiency has been found to be not just the largest contributor to meeting growing demand, he added, it was larger than all other sources combined.

“That wasn’t all-of-the-above. That was a systematic series of choices on the merits that brought us a better energy future,” Cavanagh said.

“By not embracing all-of-the-above, by making principled choices on the merits, by following energy efficiency where it was lower cost than alternatives, we have made profound improvements on what might have been all-of-the-above, business as usual.”

In the end of their debate Moeller and Cavanagh introduced the joint statement about the 21 recommendations, recognizing that a clean-energy transition is underway in the United States and is accelerating.

EEI and NRDC have submitted four joint statements to NARUC over the past 15 years.

“Utilities have made remarkable progress in reducing carbon and other emissions while making energy products and services even more affordable and reliable for America’s homes and businesses,” Cavanagh said. “But progress must accelerate in order to combat the worst effects of climate change, lower customer bills, and clean our air. To succeed, we need a reliable, modern electric system that’s smarter, cleaner, more dynamic, more flexible, and more secure. Our joint recommendations will reduce greenhouse gas emissions and help get us there.”

Some experts say PURPA needs an overhaul to fit the times »