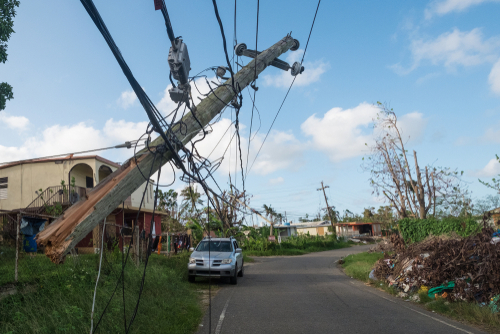 As Puerto Rico’s systems continue to recover from last year’s natural disaster, the island is partnering with the Environmental Defense Fund (EDF) on an effort to build low-carbon microgrids in the island’s most rural areas.

“Rebuilding Puerto Rico’s electricity system can help protect the island from future storms, improve the lives of its residents and strengthen its economy — but it must be done with respect,” Fred Krupp, president of the Environmental Defense Fund, said. “We will listen to the people of Puerto Rico and bring communities and partners together in a transformational effort to give the island the clean energy future it deserves. By building low-carbon microgrids in rural places that were hardest hit by Hurricane Maria, we can keep the lights on when the next storms strike.”

The grid in Puerto Rico has been much criticized in the wake of failures that exacerbated the previous year’s crisis. Supporters of the new plan – which include technical experts, businesses and investors – believe it will modernize Puerto Rico’s grid and improve its resilience overall in the face of increasing storms.

The system would begin by soaking up solar power, much as traditional solar panels. Then it would store energy in batteries and deliver it through the grid to areas of greatest need. That power could be hooked into the grid or disconnected as necessary, and allow system operators greater ability to manage the power’s flow in times of crisis, allowing it to be redirected to critical services. They hope to push the system forward through a mix of public grants, philanthropy and private capital investment.