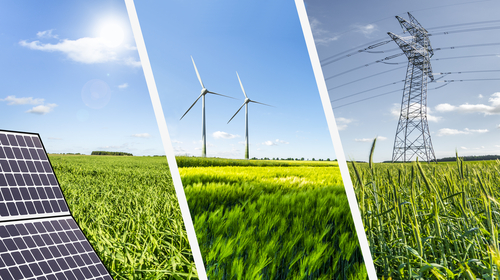 The stabilization is particularly notable, as it follows a three-month moratorium on service interruptions and a $30-40 million bill reduction for electric customers in June and July. Despite the hits to the utility by the pandemic, its latest plan calls for current electric rates to be maintained through 2022. According to the company, it’s a move meant to help customers recover first.

“Today’s decision will allow DTE to continue to prioritize affordability for our customers as the communities we serve recover from the public health impacts and economic fallouts related to the pandemic,” Trevor Lauer, president of the electric company at DTE Energy, said. “These approved plans will enable DTE to meet our commitment to clean, affordable renewable energy while, at the same time, keeping rates stable for our customers. By bringing new renewable energy projects online, our clean energy efforts will benefit the environment and aid in Michigan’s economic recovery.”

At the same time, DTE will continue investing in infrastructure and tree trimming operations. Plans to close the River Rouge coal plant have also picked up speed, with that retirement now firmly 10 months out when it had originally been scheduled for 2022. Neither the company nor the MPSC expects the move to increase cost of service to customers.

Offsetting that retirement, however, is the addition of 353 MW of wind and solar projects. The additional projects will triple DTE’s current solar generation capacity and balance out 619,154 metric tons of carbon dioxide equivalent. This will also maintain DTE as the state’s largest renewable energy producer, having invested $3 billion since 2009 into solar and wind energy infrastructure and investments. The company expects to invest another $2 billion into these efforts over the next four years.

Ex parte approval was granted for aspects of the Meridian Wind Farm Turbine project, which will sprawl across Midland and Saginaw counties to provide 224.9 MW of electricity, as well as for power purchase agreements with two solar subsidiaries of Ranger Power, for two 25-year terms. The latter agreements will provide 79 MW from the Assembly Solar facility in Shiawassee County and 49 MW from the River Fork solar facility in Calhoun County, respectively.

The additions will allow DTE to meet Michigan’s renewable portfolio standard, which requires 15 percent of electricity to come from renewable sources by 2021. DTE has also set a voluntary goal of net zero carbon emissions by 2050.

The Commission, however, noted that, in the future, DTE’s requests for proposals should seek new ways to include smaller or community-based projects. As currently pitched, the MPSC found these smaller renewable resources were effectively excluded from consideration by the company’s minimum size requirements.