Published on February 23, 2021 by Chris Galford 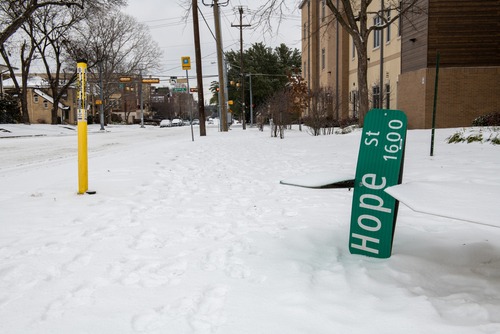 Following deadly winter storms and a catastrophic series of failures this month that led to millions of Texans without power, heat, water, and medicine for days, House Energy and Commerce Committee leaders are demanding answers from Texas Gov. Greg Abbott.

“The events of this week demonstrate that there are significant shortcomings in preparations and more must be done to protect communities disproportionately impacted by winter power outages,” five lawmakers wrote to Abbott. “We are concerned that the underlying issues that contributed to the 2011 massive power failure have not been fully addressed.”

At its peak, the storms of the last two weeks left more than 4.3 million customers without power, with marginalized communities some of the first to go offline. Even as power began to be restored, millions found that as a result of burst pipes or failed water treatment plants, they would have to boil water before using it. COVID-19 vaccine shipments were delayed, along with food, and millions remained without running water into the past weekend. Dozens have died in the midst of all this.

While Abbott has primarily blamed renewable energy for the power side of the issue, the Electric Reliability Council of Texas (ERCOT) has pointed out that the primary issues were in the natural gas system. The fact that so much power generation was already offline for maintenance when the storms hit did not help matters.

“These statements either suggest a lack of understanding of the Texas power grid’s fundamental operations or were an attempt to shift blame away from the very real issues that have existed within the state’s energy structure for years,” the lawmakers said in their letter. “The response to this ongoing crisis raises significant questions regarding Texas’ grid design, preparation, and whether the state is taking appropriate action to aid citizens in this crisis. With scientists predicting that extreme weather events could become more frequent in the future due to climate change, it is critical that Texas and other states apply lessons from earlier emergency events in order to increase the strength and resiliency of the grid and prevent future blackouts.”

The lawmakers pressed Abbott with a series of questions about the state’s timelines for restoration, understanding, and failure to learn from past issues.

In particular, they pointed out that many of the underlying issues in this crisis were previously identified in a 2011 report prepared by the Federal Energy Regulatory Commission (FERC) and the North American Electric Reliability Corporation (NERC) following another major Texas storm. Those issues were not addressed. Texas also remains the only state with a grid almost entirely cut off from the rest of the country by design.