Published on February 26, 2021 by Chris Galford 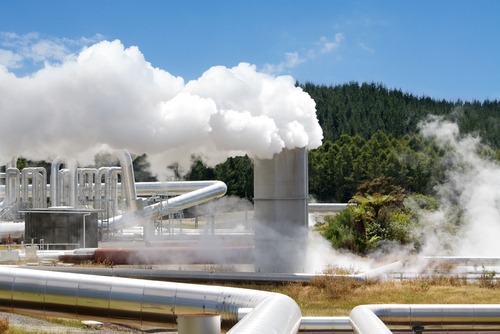 The U.S. Department of Energy is pushing for further research into whether geothermal systems could provide further carbon-free energy sources, offering up to $46 million to 17 projects through its Frontier Observatory for Research in Geothermal Energy (FORGE).

At the heart of this push is enhanced geothermal systems (EGS). While conventional geothermal resources exist, EGS are manmade reservoirs able to be built in most corners of the United States, allowing expansion of geothermal energy production from a traditionally geographically limited energy source.

“There is enormous untapped potential for enhanced geothermal systems (EGS) to provide clean and reliable electricity to power tens of millions of homes across the country,” Kathleen Hogan, Acting Under Secretary for Science and Energy., said “These investments in EGS research support President Biden’s mission to take on the climate crisis by pushing the frontiers of science and engineering and creating jobs in cutting-edge clean energy fields.”

Based at the University of Utah, FORGE is focused on designing EGS systems. There, the latest awardees will be informed of the key mechanisms behind successful EGS, taught to develop, test, and improve new techniques, and trained to rapidly circulate technical data and communicate findings to the public.

Selected projects were split into five topics: devices suitable for zonal isolation in both cased and open hole wellbores under geothermal conditions, estimation of stress parameters, field-scale characterization of reservoir stimulation and evolution over time, stimulation and configuration of the wells at Utah FORGE, and integrated lab and modeling studies of THMC process interactions.