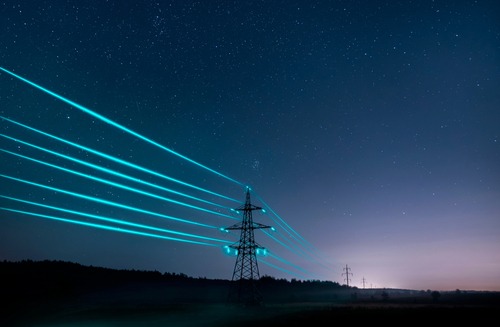 Following President Joe Biden’s unveiling of his administration’s $2.3 trillion infrastructure plan this week, clean energy utilities and legislators have weighed in on the benefits and potential pitfalls of the package.

The plan is ambitious, proposing to use funds to patch, rebuild and upgrade aging American infrastructure, build up the electric grid, purify drinking water, retrofit millions of homes and commercial buildings, create jobs, and boost both manufacturing at large and the domestic supply chain in specific, among other things. In terms of the energy industry specifically, this will mean a push on electric vehicles, modernization of the grid, and hastened transition to clean energy.

“The transmission system is key to integrating more renewables, more clean energy, and more technologies into the grid affordably and reliably,” Tom Kuhn, Edison Electric Institute (EEI) president, said. “EEI’s member companies are vital to transmission development, and we look forward to working with the Administration and key federal agencies to get this critical energy infrastructure built more quickly. We are pleased that the Administration is focused on policies that encourage investment in electric transportation and deployment of charging infrastructure that will enable more electric cars, trucks, and buses to drive on U.S. roads. Together we can leverage the growth in clean energy to help achieve deep carbon reductions in the transportation sector, which is the largest domestic source of carbon emissions.”

Specifically, the plan calls for grant and incentive programs for state and local governments, along with the private sector, to build a national network of 500,000 electric vehicle chargers by 2030, replace 50,000 diesel transit vehicles and electrify at least 20 percent of the school bus fleet. Citing the recent failures in Texas also pushes for a more resilient grid with a targeted investment tax credit incentivizing the development of at least 20 GW of power lines wh\ile encouraging private capital investment.

“There is no better way to rebuild our economy for the future than to modernize our badly aging infrastructure, and President Biden’s American Jobs Plan is exactly what our nation needs right now to revitalize our communities,” House Energy and Commerce Committee Chairman Frank Pallone, Jr. (D-NJ) said. “The President’s bold proposal will also combat the climate crisis by reducing carbon pollution and moving us towards a clean energy future.

“I commend the President for including a national Clean Electricity Standard in his plan that meets the same aggressive targets of the CLEAN Future Act and the investments necessary to make it a reality. The rest of the world is already embarking on a major transition to clean technology, and this plan positions us to not only compete but to lead the pack.”

The plan reiterates Biden’s goal of reaching 100 percent carbon-free electricity by 2035. It would create a new Department of Energy-led Grid Development Authority, establish new financing tools for transmission lines, and rollout a 10-year extension and phase down of an expanded direct-pay investment tax credit and production tax credit for clean energy generation and storage.

Only clean power will be purchased for federal buildings in the future, and state, local and tribal governments choosing to speed the transition will be encouraged through special grants. New efficiency standards and incentivization will be on the table, even as the federal government puts up $16 billion toward plugging oil and gas wells and reclaiming abandoned mines. The latter should both create jobs and reduce leaks of methane and other environmental hazards.

“We’re encouraged to see electric co-op priorities reflected in President Biden’s infrastructure proposal,” Jim Matheson, National Rural Electric Cooperative Association (NRECA) CEO, said. “As we plan for a future that depends on electricity as the primary energy source for a majority of the economy, strategic investments in grid modernization and energy innovation are critical. Equally important is support for expanded rural broadband and other efforts to help rural families and businesses.”

The national trade association pointed to the bill’s focus on updating and expanding transmission infrastructure, billions on the table for energy demonstration projects, grants, and incentives for vehicle electrification, and a new Rural Partnership Program to help expand economic development as beneficial to electric co-ops and their consumers. The plan would also allow electric co-ops to access direct-pay tax credits for energy innovation, generation, and storage programs.

Access is as important as anything, though, and the bill would specifically invest $100 billion into broadband, focused on rural areas and tribal lands, giving priority support for networks owned, operated, or affiliated with non-profits and cooperatives.

The Energy Storage Association likewise lauded many of these provisions, but the investment tax credit for energy storage in particular, which it said will level that industry’s playing field with other clean energy technologies while hastening deployments.

“Important parts of the American Jobs Plan—like the 48C tax credit and targeted grants to build or retool factories— promote needed increases in U.S. battery manufacturing capacity and a supply chain that is reliable and independent,” Jason Burwen, ESA interim CEO, said. “Additionally, the Plan leverages the power of federal government purchasing to accelerate the availability of 24/7 carbon-free energy, made possible through energy storage in combination with wind, solar, hydro, and other clean energy sources. The Plan also invests in electric service resilience for communities that have historically shouldered unequitable burdens of pollution and are on the front lines of adapting to climate change-driven extreme weather. All of these efforts are supported in the Plan by continued rising public investment in energy storage innovation, which will drive further cost reductions for the full diversity of storage technologies that we will need to meet the jobs, security, health, equity, and environmental goals of the Biden Administration.”

Republican leaders, however, shared their displeasure with the proposal at large. While agreeing that infrastructure is a priority, they criticized the bill’s methods.

“Unfortunately, this is not an infrastructure package,” House Energy & Commerce Committee Republican Leader Cathy McMorris Rodgers (R-WA) said. “Instead, President Biden, Speaker Pelosi, and the Democrats are jamming through a massive expansion in federal bureaucracy and government control. It tries to beat the Chinese Communist Party at their own games with mandates and regulations that will take us back to the dark ages.

“The ‘transitioning’ jobs part of this should also be called out for the PR stunt that it is. In reality, they are preparing a federal takedown of critical American industries that employ millions of people. Rather than picking winners and losers with ‘pie-the-sky,’ Green New Deal mandates, we should be embracing an all-the-above energy strategy to protect jobs, low energy costs, and our national security.”