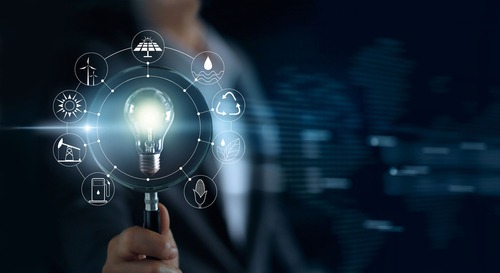 All sectors were down, though some fared better than others. With most people bottled up at home, transportation understandably took the heaviest hit, falling by 15 percent to 24 quads for the year. Almost all of this was attributable to decreased petroleum use for travel, as travel restrictions sprang up. Jet fuel usage fell by 38 percent, motor gasoline by 13 percent, and diesel by 7 percent.

The commercial and industrial sectors experienced 7 and 5 percent reductions in energy consumption, respectively. For the commercial side, this was due to closed businesses, work from home orders, and somewhat warmer weather. On the industrial side, decreased U.S. demand for various products led to lower production of crude oil and natural gas, and therefore utilized less energy to produce, refine, and process products. Commercial gas consumption dropped 11 percent, while electricity retail sales fell by 6 percent. In industry, all major sources of energy fell: coal by 16 percent, petroleum by 4 percent, natural gas by 2 percent, and retail sales of electricity by 8 percent.

Rounding things out was the residential side of the market, which saw a mere 1 percent drop over the year. Sales of electricity to that sector actually increased by 2 percent due to many people spending extra time at home. Warmer winter weather brought less need to consume energy for heating, though, with consumption of biomass down by 16 percent, petroleum by 11 percent, and natural gas by 7 percent.

Until last year, the largest recorded annual decrease in U.S. energy consumption was 5 percent, which occurred between 2008 and 2009, in the heart of the economic recession.