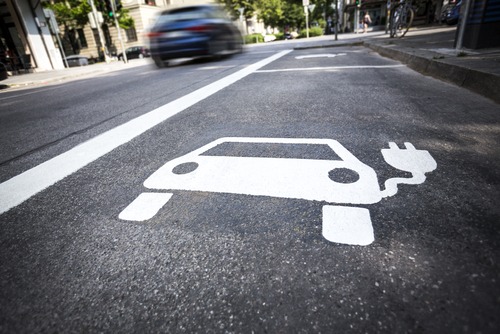 The bill, which has gained the support of PECO, the state’s largest electric utility, directs the Pennsylvania Public Utility Commission (PUC) to first develop TE guidelines that would then be adopted by the electric distribution companies serving sixteen large, metro areas. Next, the utilities would have one year to turn that framework into regional TE plans for PUC review and approval. Once approved, TE program costs would become recoverable from ratepayers but capped at 0.25 percent of a customer’s total annual electric bill.

Sen. Bob Mensch, a Republican and sponsor of the measure, represents Pennsylvania’s 24th Senate District – Berks, Bucks and Montgomery Counties, adjacent to and northwest of Philadelphia.

A central concept in the bill is the notion that decreasing costs for TE warrant public support now for related infrastructure. “We’re at that point,” Mensch said in an interview, “where battery problems are being overcome and you can start to expand related developments.” The bill text starts with a similar observation: “Rapid improvements in battery, fuel-cell, vehicle, and equipment technologies are making electrified vehicles and equipment more competitive options.”

The legislation sets a statewide TE goal, although that goal right now still remains undefined. “The commission shall establish a goal for Statewide expansion of transportation electrification that is 50% above current market forecasts for December 31, 2030, based on existing governmental and private sector forecasts.”

Mensch explained the baseline reference is linked to the number of EVs predicted to be in use nationally by the end of 2030. That reference number is part of a US DOE projection of 9.5 million vehicles. It’s not clear yet how that total then gets apportioned for PA.

The bill’s focus extends beyond individual EVs. Other priority concerns for the PUC’s guidelines, due six months after the bill is signed, include:

In March, the legislation was unanimously approved by the Senate’s Consumer Protection and Professional Licensure Committee. There is no corresponding House bill and even in the Senate, the bill’s next steps are not clear yet. Mensch is confident though that the bill will progress, either on its own, or it may develop that SB 435 gets folded into a larger bill dealing with broader transportation issues, for example, or infrastructure.

“We’re just starting our two-year (legislative) session,” he pointed out, adding that, so far, there is no formal opposition to the bill’s overall directives and goals.

In March, a coalition of 40 business-related groups, including utilities and automakers, signed a letter supporting SB 435.

Liz Murphy, senior vice president of Regulatory & External Affairs for PECO, said “the bill represents a consensus approach to encourage the development of (TE) infrastructure” and she cited its support across “a broad and diverse group of stakeholders.”

She said the bill complements other PECO EV initiatives, for example, educating customers on “the financial, environmental, and health benefits of owning an electric vehicle, as well as on public charging network locations and availability.”

PECO already offers a set of programs to encourage TE, Murphy said. These include a $50 vehicle registration incentive, a $500 incentive for the commercial customers participating in the state “Driving PA Forward” program, a DC Fast Charger pilot rider incentive program, and customer education efforts. She said that PECO “will be launching an upcoming time-of-use rate that supports EV charging.”

Murphy pointed out that SB 435 would expand the scope of EV efforts undertaken by individual utilities. She noted, for example, that PECO has filed a package of pilot infrastructure incentives with the PUC targeted at public transit and commercial charging. She added, however, that these programs are comparatively limited in scope. In contrast, SB 435’s statewide focus, she said, would scale up the development of an “essential public access network” of charging stations and support infrastructure investments across other public purposes, including transit, freight, and industrial electrification projects.

Neither Mensch nor Murphy indicated that additional generation would be needed to support the TE buildout. PECO does not own generation facilities. Murphy did say that “from a distribution perspective, PECO’s electric system can readily accommodate robust levels of transportation electrification.”