Published on October 12, 2021 by Dave Kovaleski 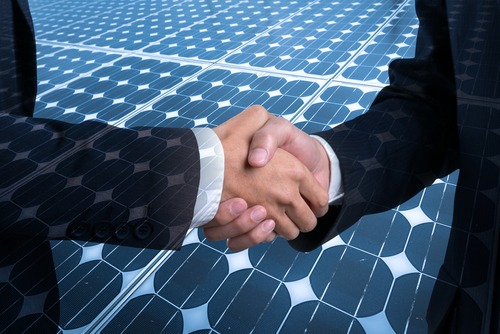 Electricity providers in the state of Utah have signed a mutual aid agreement to ensure that the power industry has the right plans, processes, and contingencies in place in the event of outages and emergencies.

This agreement will better prepare the state for when disasters – such as storms, earthquakes, and fires — damage the energy grid and create widespread power outages. When this happens, power companies must respond quickly, and safely, to restore service. This voluntary partnership essenti9ally breaks down the existing silos that may cause inefficiencies during a disaster.

The agreement was signed in the Capitol Rotunda at the state house, with Utah Gov. Spencer Cox and officials from the Utah Office of Energy Development in attendance., along with representatives from various power companies.

“Thirteen months ago, almost to the day, a hurricane-force wind storm struck our state. Nearly 200,000 homes and businesses lost power, thousands of trees were damaged and our lineworkers from across the state went to work to restore services,” Cox said. “One of the priorities of my administration is to make sure that we, as a state, and our partners, have the tools we need to respond in emergency situations. I want to thank Rocky Mountain Power, Utah’s Rural Electric Cooperatives, the Utah Municipal Power Agency, and Utah Associated Municipal Power Systems for coming to the table to find a solution that works for our vision of working together as One Utah.”

Officials from Rocky Mountain Power, Dixie Power, Moon Lake Electric, Garkane Energy, Raft River Electric, Spanish Fork, Provo, Levan, Nephi, Salem, Manti, South Utah Valley Electric Service District, Bountiful, and Morgan were all in attendance to sign the agreement. It is expected that other public power companies not able to attend the signing at the Capitol will join the partnership in the coming days.