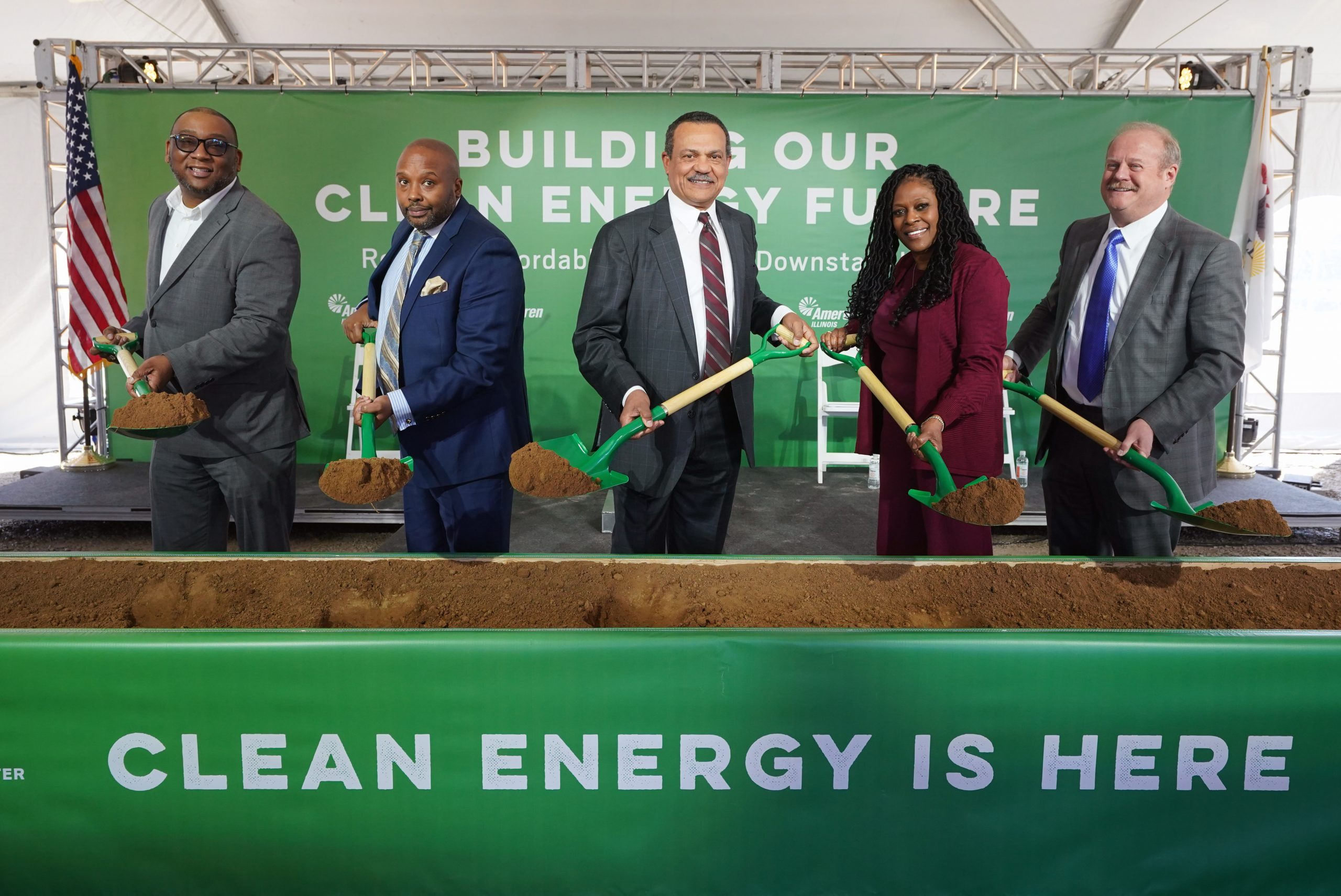 Work on the first solar energy facility in East St. Louis began this week, launching a $10.2 million project by Ameren Illinois that will end up producing 2.5 MW of electricity.

The site, which will eventually be comprised of more than 5,700 solar panels, will encompass 17 acres across from East St. Louis Sr. High School. It will feed energy onto Ameren Illinois’ local grid after its construction by a mix of local contractors: Mason Landscaping, Terra 5 Construction, Guarantee Electrical Company, and Azimuth Energy. When finished, it will mark the first power generation facility owned and operated by Ameren Illinois in the last 25 years and the first clean energy facility of any type to grace the region.

“With this project, we are harnessing opportunity and hope for the future,” Richard Mark, chairman and president of Ameren Illinois, said. “For too long, communities like East St. Louis have been on the sidelines while others have reaped the rewards. Today, we’re planting a seed of renewal that will put East St. Louis at the center of the clean energy revolution.”

Appointed the East St. Louis Energy Center, this facility will also include a demonstration area to offer practical instruction on solar generation and renewable energy to local students. This will be coupled with the development of an educational plan and curriculum for students that will also serve as a showcase of and nudge toward energy jobs.

“Today’s groundbreaking is about more than just another energy project,” Robert Eastern III, Mayor of East St. Louis, said. “Finally, someone is standing up for us and saying we’re deserving of the benefits of an emerging industry and the chance to revitalize the core of our city. Ameren Illinois has been a long-time partner and corporate citizen. This company does what it says it’s going to do.”

In addition to the investments into the construction itself, current estimates predict the facility will bring in $50,000 in annual property taxes for the city. Work should conclude either late this year or early in 2023.