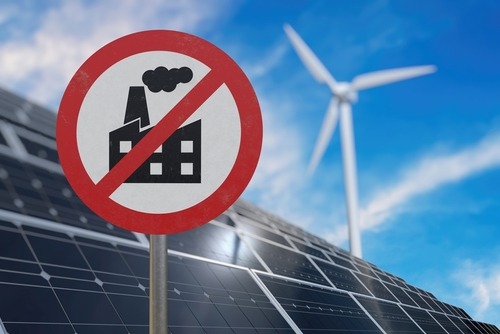 “This fossil-free vision is an historic announcement for National Grid and the United States,” National Grid CEO John Pettigrew said. “We have a critical responsibility to lead the clean energy transition for our customers and communities. Just as we are investing in renewables like wind and solar to decarbonize the energy running through our electric network, we are committing to decarbonize our gas network by transitioning it completely to renewable natural gas and hydrogen by 2050 or sooner.”

Heating makes up about 39 percent of greenhouse gas emissions in Massachusetts and New York. Of the roughly 10 million households in Massachusetts and New York, nearly 6 million, or about 57 percent, have a gas furnace or boiler system, 2.5 million (25 percent) use a boiler fueled by oil or propane, and 1.4 million, or 14 percent, use electricity.

Renewable natural gas (RNG) is a resource released into the atmosphere by decomposing materials at farms, landfills, wastewater, and other sources. It is then harnessed and purified to flow through the existing infrastructure in place of natural gas, which is a fossil fuel. Green hydrogen is developed through the process of electrolysis. Because the only byproduct of this production process is water vapor, the hydrogen produced is carbon-free. Hydrogen is particularly valuable because it can be stored for future use when wind or solar assets are not producing high levels of power. This is a fossil-free way to decarbonize multiple sectors, including heat, power generation, and transportation.

Further, National Grid officials said a fossil-free gas network can deliver a clean energy future that is more affordable and more reliable to over 20 million people across New York and Massachusetts. It can also help the states in which National Grid operates reach their climate goals. The report details the policies and regulations that are necessary to achieve this net zero vision.

“As Chairman of the Assembly Energy Committee, I am excited by today’s announcement that National Grid will be eliminating fossil fuels from their electric and gas systems by 2050. In order to achieve our state’s climate and energy goals, there must be a commitment not only from the legislature but from the energy industry to transition our energy grid away from polluting fossil fuels. In today’s announcement, National Grid demonstrated that commitment and their plans to eliminate fossil fuels is a tremendous step in our continued efforts to transform our energy sector,” Michael Cusick, chairman of the Assembly Energy Committee, New York State Assembly, said.