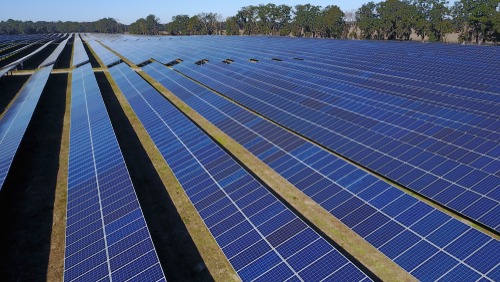 Overall, there are more than 157,000 solar installations statewide, and solar capacity in the state is estimated to double in the next four years.

“I am thrilled New Jersey has reached this significant 4 GW milestone,” Joseph Fiordaliso, president of the New Jersey Board of Public Utilities, said. “New Jersey has been a leader in solar, and our solar initiatives are a key part of our clean energy future. Through successful programs like Community Solar, we are ensuring equitable access to clean energy for all New Jerseyans.”

Throughout the rest of 2022, a wide variety of solar programs will be implemented, including a permanent Community Solar Energy Program. This permanent program, which will launch in the third quarter, follows a successful two-year pilot program. In year one of the pilot program, the board approved 45 applications representing almost 78 MW in solar energy capacity. In year two, the board approved 105 projects representing 165 MW of planned solar energy capacity.

Also, the board continues to advance the development of its Competitive Solar Incentive (CSI) Program for grid supply and large net-metered solar. In addition, the board will be working to develop and implement a Dual-Use solar pilot program later this year.

Finally, the board will continue to move forward with its Grid Modernization proceeding to solicit ideas to enable faster interconnection and higher levels of distributed energy resource (DER) integration.