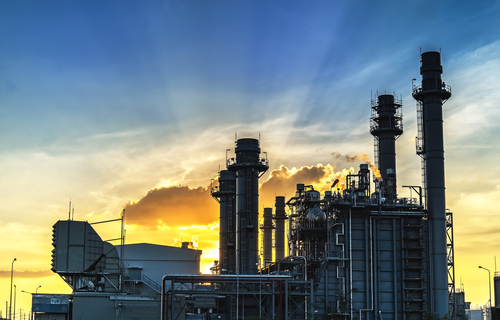 A forum should be promptly convened by the North American Energy Standards Board to solve challenges to the nation’s natural gas system and bulk electric system, according to the leaders of the Federal Energy Regulatory Commission (FERC) and the North American Electric Reliability Corporation (NERC).

“The record-setting heat we’ve experienced this summer, just like the brutal cold during Winter Storm Uri last year, is a stark reminder that extreme weather remains a threat to the reliability of our energy infrastructure,”​ FERC Chairman Richard Glick said in a joint statement released on July 29. “We must ensure that our gas and electricity systems will help keep the lights on in the face of an evolving resource mix and the growing effects of climate change.”​

Jim Robb, president and CEO of NERC, pointed out that the role of gas is changing and that it’s critical for the two systems to be planned and operated in a more coordinated manner. “In addition to providing resilience during extreme weather events, natural gas generation is a critical bridge fuel because of its operational flexibility, which allows large amounts of variable generation to be integrated reliably into the grid,”​ he said.

Glick and Robb also jointly signed a July 25 letter sent to Michael Desselle, chairman of the North American Energy Standards Board (NAESB), and Jonathon Booe, NAESB’s executive vice president and chief operating officer, recommending that the board hold the forum as outlined in the FERC-NERC report on the February 2021 freeze in Texas and the South Central United States caused by Winter Storm Uri.

The report, issued in November 2021, recommended that FERC consider establishing a forum to identify actions that would improve the reliability of the natural gas infrastructure system to support the bulk power system and to address ongoing challenges from the interdependency of natural gas-electric infrastructure.

“NAESB’s long history with the industry demonstrates its ability to analyze challenging issues concerning market coordination while delivering balanced, consensus-based solutions that lead to improved operations in both markets,” Glick and Robb wrote. “We encourage NAESB to take steps to expeditiously convene the forum discussed in the report and others like it.”

Coinciding with the release of the FERC-NERC report on Nov. 16, 2021, NAESB’s Desselle submitted a proposal to the NAESB Gas-Electric Harmonization Committee requesting that draft joint standards be developed for both the Wholesale Electric Quadrant and the Wholesale Gas Quadrant.

“Additionally, Mr. Desselle stated his belief that NAESB can play an important and integral role in supporting the findings and recommendations included in the report,” Glick and Robb wrote.

They also encouraged NAESB to coordinate with FERC and NERC staff and the National Association of Regulatory Utility Commissioners, which all have bulk electric system regulatory and reliability expertise, as well as experience with gas-electric cooperation, according to their letter.