Department of Energy announces up to $44M for enhanced geothermal systems » 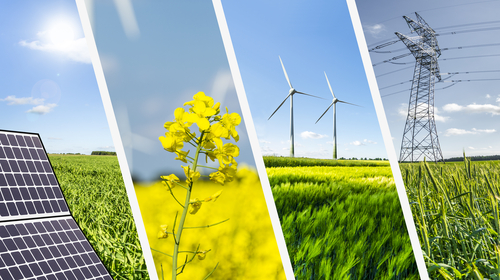 To date, the domestic clean energy industry has expanded to include nearly 443,000 workers and invested more than $412 billion into the U.S. economy and local communities, according to the ACP. Another massive injection is due this week, with President Joe Biden’s signature on the Inflation Reduction Act, which should add $600 billion of investments.

“With the passage of the Inflation Reduction Act, there couldn’t be a better time to celebrate the transformational role of clean energy in building a better America,” ACP CEO Heather Zichal said. “American Clean Power Week demonstrates how clean energy creates good-paying jobs – along with economic and health benefits – for Americans in red, blue, and purple states. Throughout the week, ACP and our member companies will highlight the work being done across the country to build our clean energy economy and educate the public on the benefits this homegrown industry will continue to bring to our country across the next decade.”

Over the week, each day plays host to a different theme, beginning with the American Energy Transformation on Monday and ending with Building a Better Future on Friday, Aug. 19. Local, state, and federal leaders will also be issued Clean Power Champion Awards to highlight their efforts. These include figures such as Senate Majority Leader Chuck Schumer and House Speaker Nancy Pelosi, along with a host of Democrat and Republican federal lawmakers, as well as state-focused figures such as California State Sen. Robert Hertzberg and Texas State Rep. Donna Howard.

“From Hawaii to West Virginia, the people we serve tell us they want to see us meet their needs with energy that’s affordable, that creates jobs in their communities, and that preserves their environment,” Craig Cornelius, ACP Board Chair and CEO of Clearway Energy Group, said. “The most historic climate and clean energy legislation to ever make its way through Congress will make it possible to deliver on those goals. We’re proud to be a part of our country’s growing clean energy workforce and celebrate American Clean Power Week by shining light on how it impacts everyday Americans.”

Department of Energy announces up to $44M for enhanced geothermal systems »