Published on September 08, 2022 by Dave Kovaleski 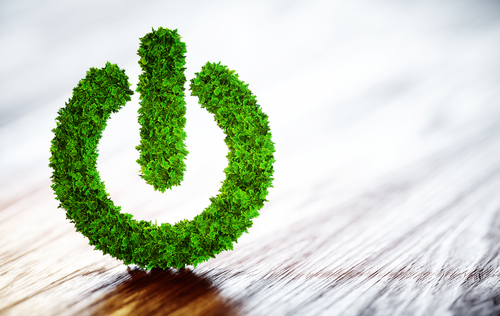 Baltimore-based Constellation Energy released Wednesday its sustainability report, highlighting the company’s efforts to accelerate the transition to clean energy and its commitment to energy equity and environmental justice.

The company’s first-ever sustainability report details an innovative clean energy center model powered by carbon-free nuclear plants. Constellation plans to leverage the production of its emissions-free nuclear assets by co-locating with data centers, exploring direct air capture of carbon dioxide from the atmosphere, and producing clean hydrogen and other sustainable fuels to reduce pollution. Fuels made with hydrogen can also be leveraged to reduce or eliminate carbon from its natural gas fleet.

“Seven months ago, we launched Constellation as a leader in the clean energy transition. This report provides a blueprint of where we are and where we will go,” Constellation President and CEO Joe Dominguez said. “The foundation is the continued operation of our always-on nuclear fleet, which is unrivaled in producing clean, reliable electricity and offers added environmental value by functioning as versatile clean energy centers that will help decarbonize other sectors of the economy. Coupled with our platform of customer-focused energy solutions, Constellation will help America tackle the climate crisis and create family-sustaining jobs and economic opportunities for our communities.”

The report also outlines the need to begin transitioning toward a more accurate carbon accounting approach. Toward that end, Constellation has partnered with Microsoft to develop a 24/7/365 carbon-free energy (CFE) matching platform to help customers achieve true-zero emissions, as opposed to the current practice of annualizing renewable certificates or credits. Constellation’s 24/7/365 product will be the most advanced, hourly CFE matching solution of its kind.

The report also detailed Constellation’s position as the largest U.S. producer of carbon-free energy. The company, according to officials, generates 10 percent of the nation’s clean electricity, nearly as much as its next two competitors combined. It highlights Constellation’s goal of having 95 percent clean owned electricity generation by 2030 and 100 percent clean by 2040 – with a 100 percent reduction in operational emissions by 2040.

Further, the company produced 163 terawatt hours of zero-emissions electricity in 2021 via our nuclear fleet, enough to power 14.9 million homes. In addition, it equipped customers with greenhouse gas reports showing the carbon footprint associated with their energy purchases.

Additionally, Constellation provided $5.2 million in corporate community grants and $5 million in employee donations across 31 states in 2021. Roughly 84 percent of the grants supported organizations, programs, and events designed to address diverse and underrepresented populations. Also, Constellation created a DEI Center of Excellence to strengthen commitments to diversity, equity and inclusion.