Published on September 21, 2022 by Dave Kovaleski 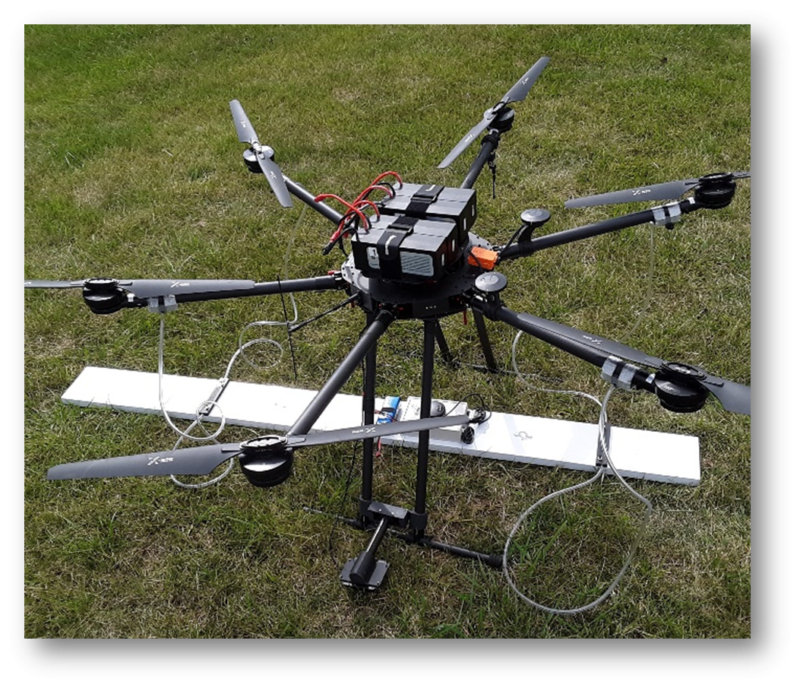 The National Energy Technology Laboratory (NETL) is working on a new program to improve the performance of America’s energy infrastructure through aerial drone technology.

NETL is increasingly using aerial drones to inspect wells, pipelines, and processing facilities for methane leaks via sensors. Remote sensing surveys using multispectral and hyperspectral sensors on drones have been used to identify areas of vegetative stress, sometimes caused by emissions from fossil energy production and utilization. In addition, sensors using light detection and ranging (LiDAR) are deployed to examine the surface of the Earth and document soil movement, such as landslides.

NETL has also been a pioneer in using drones equipped with small atomic magnetometers, which are used to measure the strength of a magnetic field. On land, magnetometers can be used to find base and precious metals, which often occur in deposits containing magnetic minerals.

But when small, lightweight magnetometers became available in 2015, NETL transitioned from helicopter to drone magnetic surveys, which lowered the cost of well location surveys.

“Finding and documenting these wells, which are often unsealed, is crucial for addressing environmental effects of legacy resource development. We have also used drone-based LiDAR for well location in areas where the well casing was not magnetic. Since 2020, we’ve used drone-based magnetometers and electromagnetic sensors to map buried steel pipelines—some as small as two inches in diameter,” Hammack said.

NETL is also exploring the use of methane sensors on drones to detect methane emissions from abandoned wells. The lab also plans to use sensitive three-component magnetometers on drones for semi-airborne electromagnetic surveys that continually map the expansion of the carbon dioxide (CO2) plume at storage locations.

As carbon storage in concert with hydrogen power has been identified as a path forward in decarbonizing the economy, robust sensing capabilities using drones can help ensure the maximum effect of CO2 storage sites and minimize costs.

“In the future, I can see NETL using drone swarms — multiple drones with sensors in a coordinated flight plan — to gather data from multiple locations at the same time,” Hammack said. “We have investigated this for determining the location and conditions of pipelines, for example. Researchers are using drone swarms to determine the location and concentration of methane plumes around processing facilities.”