Published on November 15, 2022 by Chris Galford 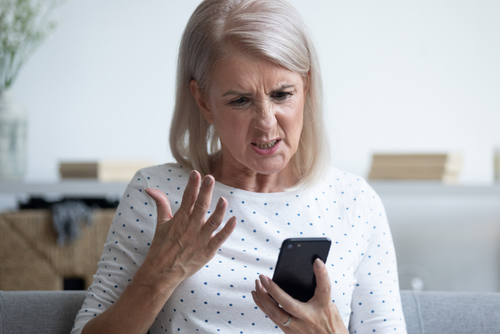 Energy-related scammers continue to ply and grow their criminal tactics, but utility companies have learned the tricks and are improving their efforts to educate customers about fraudulent activities like imposter scams and aggressive threats to disconnect service.

Electric, water and natural gas utilities recognize Nov. 16 as Utility Scam Awareness Day. Utilities United Against Scams (UUAS), a group of more than 150 U.S. and Canadian utilities, created the annual awareness campaign with support from the Edison Electric Institue (EEI) to focus on increasing awareness about the tactics used by scammers. The advocacy effort takes place during this week’s International Fraud Awareness Week.

Consumer advocates, utilities, third-party groups and state entities have joined resources to spread awareness about the sophisticated methods criminals are using to con customers out of their money and personal information.

In an interview with Daily Energy Insider, Monica Martinez, executive director of UUAS, noted that disasters like Hurricane Ian present particular opportunities for abuse, along with periods of economic uncertainty when customers may have fallen behind on their bills.

“Someone may pretend to claim or to be with a government agency providing energy assistance or portraying a charitable entity,” Martinez said. “They’ll usually say, ‘Well, I’ll need you to pay $200 as a downpayment,’ which is not too dissimilar to some organizations. They may require a copay to get started.”

“And right now, with the cost of things for customers – it’s trying, the cost of food, the cost of energy is going up – people are more inclined to do this. If I give you my financial information or just verifying with you, you’ll make this problem go away. They are being misled. It’s a deal that’s too good to be true. It’s tough times, so it’s easy to allow yourself to think it’s a good deal.”

It’s common for scammers to impersonate programs designed to reconnect customers to electricity, for example, and then use that to extort additional money. Stress is prime real estate for this crime. Scammers primarily try to strike during customers’ busiest times, such as the lunch-hour rush at a small business owner’s restaurant or when parents are trying to get their children to school.

Recently, Ameren Missouri and Ameren Illinois noted that scammers posing as their employees are among the most common grifts. Those impersonators threaten to disconnect or shut off service if a customer fails to make immediate payment. Scammers have also figured out how to spoof Ameren phone numbers to mask their own, to make customers think such extortion efforts come from official figures. Other top scams in their region include requests for immediate payment to install new smart meters, targeting of senior citizens, demands for immediate partial payment to forgive full debts, calls during the holiday season or cold months to capitalize on anxiety, posing as charities and guiding customers on how to pay them.

“Unfortunately, these scammers are not going away and continue to be more aggressive and sophisticated in how they deceive and trick customers into providing immediate payments and personal information,” Maria Gomez, security supervisor for Ameren, said in a statement. “Some of the most recent scam tactics we are seeing locally include demanding an immediate cash app payment for a new smart meter or an offer to make an immediate cash app one-time payment to wipe away a customer’s full amount due.”

As Gomez implied, tactics have evolved and become more sophisticated.

“When UUAS first started, it was the prepaid debit card mechanism by which people would pay and end up giving out money to scammers,” Martinez said. “Today, and this was brought on by the pandemic as well, people are utilizing their technology gadgets to conduct transactions, and with that, came along the use of different apps readily available – PayPal, Cash App, Zelle – and scammers are targeting those and using those to try and get money out of individuals.”

Some have even turned to social media advertising to lure in potential victims.

Customers are encouraged to report scams to utilities, law enforcement, and the Federal Trade Commission. Through its work and with the help of customer reporting, UUAS has helped to take nearly 13,000 toll-free numbers used by scammers against utility customers out of operation.

Martinez noted that some utilities are giving customers the ability to opt-in to messages that alert them if known scammers are targeting their service area.

She also encouraged customers to always air on the side of caution: if in doubt or feeling pressure on a phone call, double check with the utility through the number found on a utility bill to see if the call is legitimate. Utility companies note that their representatives will never ask for personal identification through a credit card number or demand payment with cryptocurrency, third-party digital payment mobile apps, prepaid debit cards or gift cards.

At BGE, Maryland’s largest natural gas and electric utility, more than 6,000 scam complaints came to the company’s attention since January, and successful scams have led to nearly $360,000 in losses. That’s an increase in money paid to scammers compared to the same time last year, and a 5 percent increase in overall scam reporting over the last year. Further, BGE added that scam reports typically increase over the holiday season.

The figures were even more staggering from Duke Energy, which spans 8.2 million electric customers in North Carolina, South Carolina, Florida, Indiana, Ohio and Kentucky, and 1.6 million natural gas customers in North Carolina, South Carolina, Tennessee, Ohio and Kentucky. Duke Energy recorded 150,000 scam attempts in 2022 so far, compared to just 17,000 in the whole of last year. Less than 1 percent of reporting individuals had actually fallen for the scam, down from 9 percent back in 2015, when the company said it first began tracking this data.

“While we are proud of the progress we’ve made, our goal is to reduce the number of our customers falling victim to these scams even further,” Tiffany Dennison, Duke Energy’s vice president of revenue services and metering, said. “As scammers become more sophisticated, we’ve become more committed to curbing the problem through educating our customers, engaging with the telecom and technology industries to remove access to phone lines and fraudulent online advertising, and advocating for stronger policies to protect customers.”