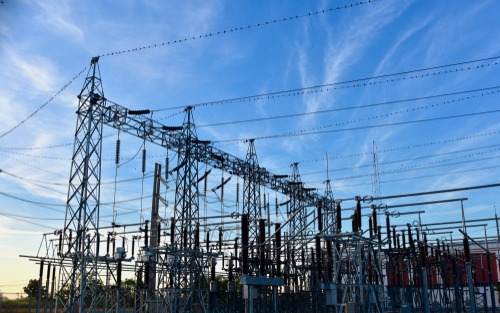 Consumers would be on the downside if a proposed bill to establish another consumer-owned utility in Maine got enacted by legislators, according to opponents who testified during the State Legislature’s Energy, Utilities and Technology Committee hearing on Thursday.

Viator and representatives for CMP and Versant Power were among those who testified to committee members against Legislative Document (LD) 1708, An Act To Create the Pine Tree Power Company, a Nonprofit Utility, To Deliver Lower Rates, Reliability and Local Control for Maine Energy Independence. Other opponents included the Progressive Policy Institute, Americans for Tax Reform, the Consumer Energy Alliance, and the Maine Policy Institute. Dozens of other testimonies were given in support of the proposed bill.

LD 1708, which is sponsored by committee member state Rep. Seth Berry (D-Bowdoinham) and a bipartisan group of lawmakers, aims to ensure that Mainers have a consumer-owned energy company that provides “reliable, affordable electric transmission and distribution services and to help the State meet its climate, energy and connectivity goals in the most rapid and affordable manner possible,” according to the text of the bill.

But while EEI and other opponents agree with the level of service customers in Maine should receive, they pointed out numerous issues they have with the approach proposed by the bill.
For instance, LD 1708 supporter Steven Weems, executive director of the Solar Energy Association of Maine, called CMP and Versant Power “serious impediments to achieving Maine’s renewable energy goals.”

“The cost of financing the upcoming massive investments in our electric grid necessary to convert our use of fossil fuels to electricity generated from renewable resources… is certain to be $5-10 billion higher if investor-owned utilities (IOUs) remain responsible for Maine’s electricity delivery system, compared to the financing costs that would be incurred if these IOUs are replaced by a statewide consumer-owned utility with access to tax-exempt debt,” Weems testified. “This excess $5-10 billion of IOU financing costs will be an unnecessary burden on Maine electricity ratepayers.”

However, both CMP and Versant — like all IOUs — have greater access to capital at more competitive rates and already are investing more than $110 billion each year to make the energy grid stronger, smarter, cleaner, more dynamic, and more secure, said EEI’s Viator, who added that IOUs are “leaders in clean energy development across the nation.” He also pointed out that the industry as a whole, including state and city-owned utilities, have reduced carbon dioxide emissions 40 percent below 2005 levels as of the end of 2020.

And CMP’s parent company, Avangrid Inc., has pledged to be 100 percent carbon neutral by 2035, Viator said. “As a preliminary matter, then, IOUs like those that serve Maine customers, are aligned with the climate goals set forth in this proposed legislation,” Viator testified.

“That first milestone is less than nine years away. The good news is that so much progress is already being made,” Flynn testified. “We would hate to see that progress undermined by efforts to place our customers at the front line in terms of the financial and environmental risks associated with climate change.”

The single largest variable in terms of disruption to that progress, said Flynn, would be for the state legislature to force the divestiture of CMP and Versant, which are Maine’s two privately owned transmission and distribution utilities.

“To achieve our climate and grid modernization objectives we need everyone working together — we don’t have time or money to waste on polarizing fights,” he said. “We need an electric grid — poles and wires — that can facilitate decarbonization. We need an experienced operator to ensure that planning is being done strategically and that technical challenges are identified and resolved. That grid and those operators already exist.”

Enacting LD 1708 would inject uncertainty and volatility into the equation, added Flynn, and “would be hitting the pause button on our climate action and renewable integration strategies for the foreseeable future.”

Other opponents to LD 1708 noted that the proposal would force ratepayers in Maine to assume all the operational and financial risks for developing, starting and operating a consumer-owned utility.

Grover Norquist, president of Americans for Tax Reform, pointed out that Maine ratepayers and investors currently share the operational and financial risks for power with the state’s IOUs. However, the bill’s “forced ownership transfer of CMP and Versant is likely to become an expensive undertaking that will hurt Mainers in the long-run,” he said.

Norquist cited a report by the American Public Power Association showing that there are only five public utilities in the United States that serve more than 800,000 customers, which is approximately how many people would be served by the non-profit proposed by LD 1708.

“The largest public utility, the Puerto Rico Electric Power Authority, serves 1.4 million people on the entire island. After hurricanes Maria and Irma caused long-term power blackouts in 2017, it became clear that the publicly owned utility was not suited to serve such a large area and legislators have proposed privatizing the utility,” said Norquist.

Concentric Energy Advisors Inc. also released research that found that out of the 60 communities that have considered or are still considering government takeover of privately owned utilities since 2000, only nine actually municipalized and two sold assets back to the privately owned utility due to large operating expenses and losses, Norquist testified.

In fact, Toby Bishop, senior vice president at Concentric Energy Advisors, who testified neither for nor against LD 1708 on behalf of CMP-owner Avangrid, said Concentric’s work with regards to the bill constituted an independent financial analysis of “a government takeover of Maine’s IOUs.”

“There is a reasonable potential for a $4.7 billion net cost to Maine electric customers associated with government-controlled power over the 30-year forecast period commencing in 2030,” said Bishop.

Nevertheless, Paul Bledsoe, energy fellow and strategic advisor at the Progressive Policy Institute in Washington, D.C., testified that not only would LD 1708 mandate a government takeover of Maine’s IOUs and add to both taxpayer and consumer costs, the bill also could potentially harm reliability and sustainability.

“Indeed, the expertise and experience of Central Maine Power as a competitive regulated entity is likely to provide far better reliability, as studies have shown,” Bledsoe said, citing a 2010 decision by the City Council of Boulder, Colo., which voted to cut ties with its regional IOU.

“But even ultra-liberal Boulder soon realized the downsides of such an attempt, including near-term taxpayer costs and actual delays in investments in clean energy,” Bledsoe testified. “After a decade of consideration and tens of millions of taxpayer dollars spent, Boulder decided its local investor-owned utility provided the best mix of new clean energy, low cost and reliability.”

Similarly, EEI’s Viator testified that if state lawmakers decide to forge ahead with LD 1708, then Mainers would be forced to invest in a long, slow, risky, and complex proposition that would cost customers billions of dollars with no guarantee of success or tangible benefits in the near term.

“Because it is completely funded by customers, rather than shareholders, in addition to higher bills, a government-controlled utility could potentially expose Mainers to more vulnerability and a lack of ongoing financial stability in the case of a widespread, unforeseen natural event,” said Viator.