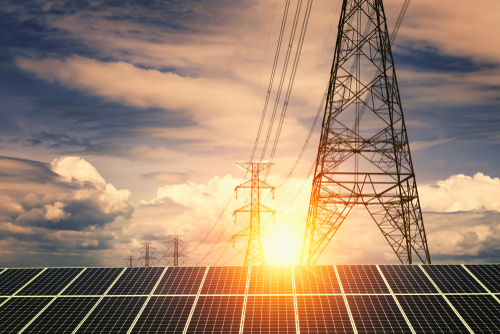 Investors likely were feeling reassured, if not bullish, about utility stocks after an upbeat briefing from the Edison Electric Institute (EEI) on the progress that electric power companies nationwide are making toward a greener, more modern and stronger energy grid.

Speaking at EEI’s annual Wall Street Briefing on Wednesday, the EEI team led by President Tom Kuhn told the audience that the utility industry was pushing ahead on issues ranging from clean energy and climate change to grid reliability and better customer service.

“The electric power industry has made tremendous progress over the past decade, and we are excited to build on our progress in the decade ahead,” Kuhn told the crowd in New York. “As always, EEI’s member companies will remain laser-focused on delivering the safe, reliable, affordable energy that our customers need and expect.”

Dozens of electric utilities have announced long-term carbon reduction goals to combat climate change, and have also taken action to adapt to changing fuel mixes, demands for increased resiliency, and pressure from the political and regulatory side to keep rates in check.

Carbon emissions from the electric utility industry were roughly 30 percent below 2005 levels at the end of last year – the lowest level in three decades, according to EEI, which represents all U.S. investor-owned electric companies. More than half of the new electricity generation capacity was wind and solar over the last eight years.

“Our member companies are leading a clean energy transformation,” he said. “We are united in our commitment to get as clean as we can, as fast as we can, while keeping customer reliability and affordability front and center as always,” Kuhn said.

The process is not going to be cheap, a point that EEI made clear to the analysts, who count watching the bottom line among their primary obligations. “Our industry remains the most capital-intensive industry in America. For the eighth consecutive year, we expect another industry record with total capital expenditures projected at $135.6 billion in 2019,” said Richard McMahon, EEI senior vice president of Energy Supply and Finance.

But EEI’s firm optimism was underpinned in part by the industry’s ability to address its grand strategies at the same time it keeps its customers and investors happy.

In its accompanying written presentation, EEI said: “It is vital to note that, over this past decade of record investment, we have kept growth in electricity prices below the level of inflation. And, we have delivered outstanding results for our industry’s investors: we have improved our average credit quality, maintained a higher dividend yield than any other industry, and achieved positive returns in 15 of the last 17 years.”

The EEI summary noted specifically that the utility industry has held on to a BBB+ credit rating for a sixth consecutive year while 39 of the 40 companies on the EEI Index were paying a dividend; the industry’s dividend payout ratio was pegged at 67 percent for the 12 months ending Sept. 30, 2019.

The EEI presentation was broken down into encouraging news on various key topics:

• Clean Energy: Utilities are united on achieving significant clean-energy goals over the next two decades. EEI noted that individual companies were taking the lead in developing strategies rather than waiting for marching orders from Washington. “EEI’s member companies are implementing customized strategies that align with their individual circumstances to reduce carbon emissions without compromising on the reliability, affordability or security that are essential to the customers they serve,” the written presentation said. So far 15 electric companies have set a goal of net-zero carbon emissions in their electric generation by 2050.

• Smart Infrastructure: EEI said the nation was on track to increase the number of installed smart meters to more than 98 million as of the end of last year. “Electric companies are finding new ways to create value from the data and capabilities that smart meters enable.” Since 2010, EEI said its member companies have invested nearly $1 trillion to build smarter energy infrastructure and to integrate new generation.

• Storm and Wildfire Recovery: Utilities and government agencies are hitting their stride in developing prevention and response plans for disaster recovery and other emergencies. “While we cannot know what Mother Nature or hostile actors will throw our way, we are confident…we have taken the right approach to safeguarding critical energy infrastructure.” EEI credits the Electricity Subsector Coordinating Council, which facilitates communication between the federal government and the electric power industry, as being critical to strengthening grid security and improving preparedness for responding to major disasters.

• ESG and Natural Gas Sustainability: The strategy to save the reputation of natural gas as a clean source of energy hinges on EEI’s role in developing a reporting process to meet concerns about ESG (environmental, social, and governance). “We know that ESG-related issues increasingly influence shareholder actions. Our industry’s comprehensive reporting tools support transparency and help ensure that our member companies are recognized for the work they are doing.”