Published on October 23, 2017 by Kevin Randolph 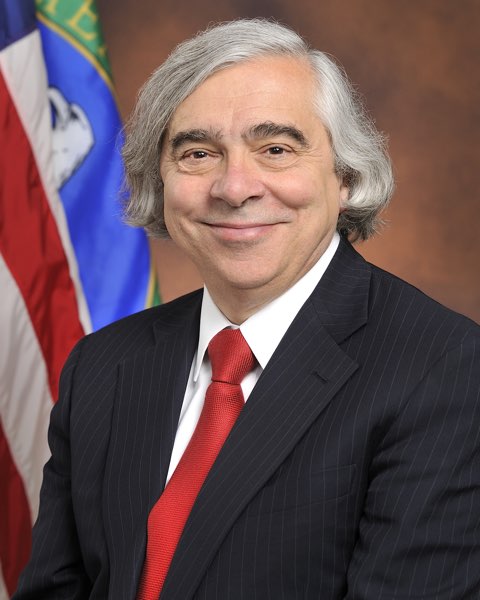 Former Energy Secretary Ernest Moniz discussed why the United States needs a strong nuclear power sector at a recent event that highlighted the most important “externalities” associated with nuclear energy as its national security and environmental benefits.

Moniz, who spoke at a Bipartisan Policy Center (BPC) event on Oct. 18, also reviewed a new study from the Energy Futures Initiative (EFI) that examines the role nuclear energy plays in national security. After serving as energy secretary under the Obama Administration, Moniz established the non-profit organization to drive innovation in energy technology, policy and business models.

The event followed a notice of proposed rulemaking from the Department of Energy (DOE) that asked the Federal Energy Regulatory Commission (FERC) to create policies to compensate certain energy resources for their reliability and resiliency attributes, namely coal and nuclear plants.

Those factors, while important attributes that should be internalized, are not the ones that should be the priority, said Moniz, who also serves as co-chairman and chief executive officer of the Nuclear Threat Initiative (NTI).

“I can see two very clear externalities, one being the low-carbon, the other being the national security benefits that one wants to capture in some way or another as social benefits. On the proposal itself, it does not put forward either of those externalities for nuclear. It’s a different issue. On reliability, I, frankly, have not seen the studies that suggest that there is a reliability challenge to be managed in this way.”

The industry has made an attempt, Moniz noted, to separate nuclear’s energy, security and environmental benefits. However, the three are connected because having nuclear energy enhances our ability to manage national security issues and low-carbon resources tend to have security benefits as well, he added.

The August EFI report, “U.S. Nuclear Energy Enterprise: A Key National Security Enabler,” outlines several ways that the nuclear industry enhances national security. Those include leverage for non-proliferation based on U.S. strength in the nuclear supply chain, supporting the nuclear Navy and eliminating or stopping the spread of nuclear weapons.

“… The imperatives of global climate change, collective energy security, balance of trade and U.S. national security require a viable domestic commercial nuclear power industry, including a robust supply chain of technology, services and human resources,” the report said. “Recent events and future trends point in the opposite direction: commercial reactors are shutting down, new builds are struggling, the supply chain is at risk, and it is likely that the educational pipeline will negatively respond to these challenges.”

The report also touched on the uncertainty of the future of nuclear energy given the fate of existing nuclear power plants.

In July, South Carolina utilities abandoned construction of two AP1000 reactors in the wake of significant cost and schedule overruns. The report also noted that in recent months two nuclear facilities have announced the closure of three more units before the end of their current operating license period, and state programs to provide Zero Emission Credits for existing nuclear plants in New York and Illinois are in litigation.

The Alvin W. Vogtle Electric Generating Plant in Georgia is now the only remaining nuclear plant under construction in the United States, despite also suffering from significant cost overruns and construction delays.

Meanwhile, among the actions Moniz suggested were internalizing nuclear’s national security attributes and support for large-scale capital investments. Those types of investments could help foster the advancement of small modular reactors, which would allow utilities to purchase nuclear power in smaller amounts in terms of megawatts.

“Without a robust supply chain with the reality or perception of a shrinking nuclear footprint, it’s going to be very hard to maintain not just the technology base but the human resource base to address all of these critical energy and national security needs,” Moniz said.