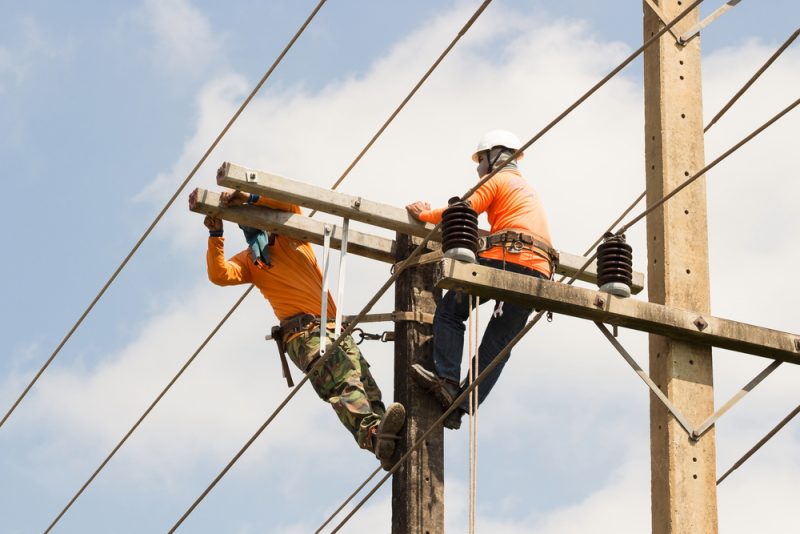 “While such large failures are low incidence, we need to be thinking much more about how to handle such things because when they do happen, they will have significant consequences,” said Carnegie Mellon University Professor M. Granger Morgan.

“It is essential that society prepare for periods of prolonged outage, because many vital public infrastructures — such as heating and cooling, water and sewage pumping, traffic control, financial systems, and many aspects of emergency response and public security — depend on the electric power supply,” according to the report, which included work from the National Academy of Sciences’ (NAS) Enhancing the Resilience of the Nation’s Electric Power Transmission and Distribution System Committee, which Morgan chairs.

The comprehensive 171-page report includes a chapter on strategies to prepare for and mitigate blackouts that hit large areas over an extended period of time and covers planning and design, as well as operations.

“It isn’t until a disaster that we realize we’re less prepared and vulnerable,” said panel moderator Commissioner Ron Brisé, who serves on the Florida Public Service Commission (PSC).

To put it in perspective, think about a situation like this, Brisé told the audience: If the electricity went out, how would you contact three people? Do you know their telephone numbers without your cell phone? There’s got to be a plan in place, he said.

Prep considerations
Preparations for communications is a key consideration, especially prior to a natural disaster, panelists said.

Calvin Butler Jr., CEO of Baltimore Gas & Electric, said his company has a communications plan in place that includes customer outreach. Staff coordinate with local media, elected officials and the state government, among others, regarding information about specific storm-related preparedness and how to relay that to residents and businesses.

Equally important is to ensure your utility company has updated lists of customers having critical needs, such as nursing homes, medical facilities, etc., said Butler.

“We also do drills on steps that need to be taken so that we’re not in a situation where we’re asking who’s in charge,” Butler said. “And prior to an event, we also ask customers how they want to get their information — by text, phone, email. There has to be seamless communication.”

In fact, state regulators should ask to sit in on such drills, said Commissioner Jeremy Oden of the Alabama PSC. “See what happens, see it firsthand,” he suggested.

Oden also said that regulators consider putting policies in place prior to a disaster that ensure the electric companies can function effectively during such disruptions. Establishing company-sponsored natural disaster funds that enable utilities to recoup money for disaster-related costs, rather than passing them on later to consumers, also is helpful, he said.

Because Alabama gets hammered by tornadoes, Oden says officials have a typical government emergency system in place that’s operated from a bunker where representatives from all state agencies gather to share information and communicate with the public and with the utilities. Social media is helpful for communicating information, as well, he said.

Stephanie Brand, director of the New Jersey Division of Rate Counsel, which represents the interests of consumers of regulated electric, natural gas, water and sewer, telecommunications, cable TV service, and insurance, agreed that having proactive regulations and policies in place help mitigate confusion resulting from a lack of communications, which is what New Jersey learned after Superstorm Sandy. Since that storm, regulators devised policies related to communications and seek regular updates on compliance from the electric companies, Brand said, “and it’s been tremendously effective.”

Think about little things, too, said Pierce Norton, CEO of One Gas Inc., a publicly traded natural gas utility based in Tulsa, Oklahoma.

For example, following Hurricane Harvey, once homeowners returned to their residences and cleaned out and piled up debris on the curbs that was hauled away by trash trucks, there were literally thousands of nails left behind on the roads. Norton said they learned they needed to have extra tires on hand for the utility fleet that needed to get out to repair poles and other sites to restore power.

Employees also may be impacted by a natural disaster “so be prepared to bring on extra people” to fill their roles, Norton said.

Brisé said the electric industry’s mutual assistance network has been invaluable, as well. For instance, when Hurricane Irma hit Florida this fall, causing severe damage to the energy grid and creating widespread power outages, the voluntary partnership of electric companies from across the nation that came to affected areas to help restore power “moved things along quickly,” he said.

Norton said that setting up mutual assistance funds also help provide utility company employees with immediate financial support if their own homes are affected. “After Harvey, they had checks in hand within two days for a hotel or whatever they needed and they could continue working to help serve customers,” he said.

Regulators and companies also should prepare by implementing system hardening and resiliency measures as a way to get ahead of destructive natural disasters. NARUC, the NAS report, and the Edison Electric Institute provide examples and prep resources.