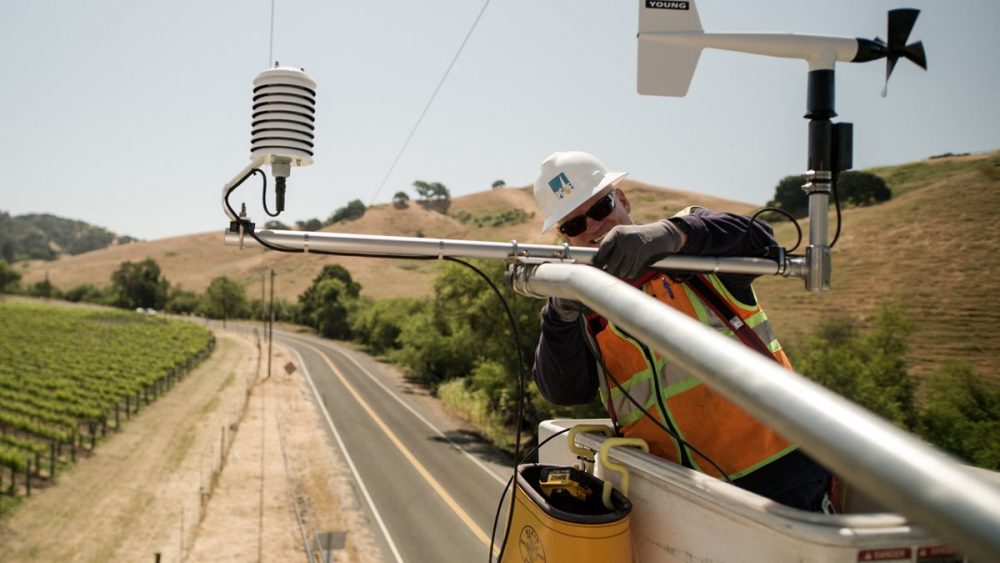 California’s investor-owned utilities (IOUs) are aiming for the horizon as they continue navigating choppy waters on their financial journey through the current wildfire crisis, say executives, whose companies agreed last week to contribute to the state’s new wildfire insurance fund.

The major credit ratings agencies have yet to pass any formal judgment, but the state’s three IOUs are banking on newly enacted legislation to preserve their all-important bonds that will help them pay the pricey tab for upgrading their fire-safety programs and pay for damages caused by previous devastating, and sometimes deadly, wildfires.

While no new ratings have been issued since the passage of California Assembly Bill (AB) 1054 earlier this month, the idea that the IOUs have averted downgrades seems to be holding up. AB 1054 strengthens the IOUs obligations to prevent wildfires while at the same time stabilizing the liability landscape with a $21 billion wildfire insurance fund to be funded by both the utilities and ratepayers.

Maria Rigatti, executive vice president and chief financial officer for Edison International, parent company of Southern California Edison (SCE), assured financial analysts in recent days that signals from Wall Street were as positive. “We have an ongoing dialogue with them,” she said during a July 25 conference call on SCE’s second-quarter earnings. “They have remarked across the board about AB 1054 … and they have come out very strongly in favor of that.”

“We believe that now that we have all of these (pieces) in place, our financing plan aligns with theirs,” Rigatti said.

The agencies have thus far given the utilities – and AB 1054 – the benefit of the doubt and have not dinged the credit ratings for SCE, San Diego Gas & Electric, and currently bankrupt Pacific Gas & Electric. The bill was aimed at ramping up the fire-safety strategies for the utilities, but also shoring up their finances so that their bond ratings did not get downgraded and make it even more costly to borrow the necessary funding capital. “We are still working through a process with the ratings agencies,” Rigatti said. “And we will be targeting that investment-grade rating.”

Proponents of AB 1054 have said the measure would also give the IOUs the time they need to “harden” their infrastructure to reduce the chances of an arcing power line igniting dry brush on a windy day, and also giving the state time to strengthen building codes and forest-management practices aimed at slowing the spread of dangerous fires. “The risk profile for the state will never be zero, but it will improve over time,” said Edison International President and CEO Pedro J. Pizarro.

Edison was off to a good start when it reported increased earnings in later July after AB 1054 was signed into law by California Gov. Gavin Newsom. The earnings report was highlighted by a $129 million boost in SCE’s year-to-date earnings, thanks in part to adoption of its 2018 general rate case and “the timing of regulatory deferrals and cost recovery of wildfire insurance costs and higher revenue due to a change in estimate under the FERC formula rate mechanism, partially offset by higher wildfire mitigation costs in 2019.”

The release of PG&E’s second-quarter earnings was delayed until on or before Aug. 9; however, the company did announce it had agreed to a $4.8 billion initial contribution to the new wildfire insurance fund and would continue plugging away at infrastructure upgrades in its sprawling 70,000 square-mile service territory. The funds will be payable when PG&E emerges from Chapter 11 bankruptcy, a milestone that AB 1054 mandated must occur by June 2020.

Still, Bill Johnson, CEO and president of PG&E Corp., said in a statement that the company would forge ahead. “We appreciate Gov. Newsom’s leadership in addressing this complex issue, with the recognition that there is more that needs to be done,” he said. “We will continue to work with the governor, the legislature, the California Public Utilities Commission, and all other stakeholders in finding shared solutions to our common challenges without creating more costs for our customers.”

Pizarro said putting AB 1054 into effect now would undoubtedly have its ups and downs, but it was at the very least a plan that would reassure the markets that there was a light at the end of the tunnel, even as another potentially harrowing fire season loomed in California. Pizarro told the analysts, “We want to make sure that over time we build the strength of the balance sheet,” adding that in addition, the IOUs would “always have some shock absorbers in the system.”