Basin Electric makes progress on wind and solar projects in 2020

Published on January 05, 2021 by Dave Kovaleski 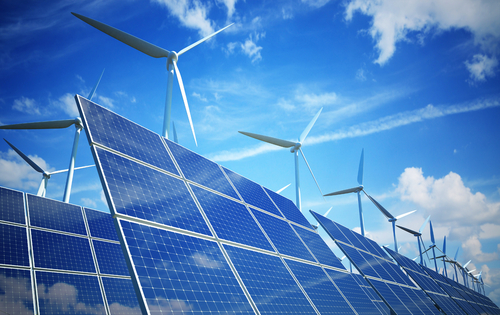 Basin Electric Power Cooperative and its member signed purchase power agreements for approximately 500 megawatts (MW) of new energy from wind and solar in the past year.

“Our energy mix at Basin Electric continues to evolve and become more diverse,” Basin Electric CEO and General Manager Paul Sukut said. “We have long-standing, reliable baseload resources that give us flexibility to grow our renewable portfolio.”

In 2020, the Great Plains Synfuels Plant near Beulah, N.D., owned by Basin Electric subsidiary Dakota Gasification Company, reached a new milestone of 40 million metric tons of carbon dioxide (CO2) captured over the life of the facility.

“As an electric cooperative, we have always pursued environmental initiatives for the benefit of our members. Renewable power purchases, CO2 research, and process improvements are consistent with past practices,” Sukut said.

Basin Electric is based in North Dakota and serves 140 cooperatives throughout a nine-state region.