« Appalachian Power seeks renewable projects up to 300 MW, with potential for battery storage

Published on February 17, 2021 by Chris Galford 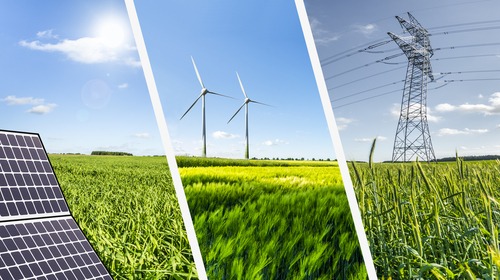 Although Hawaii mandates only called for energy generation to reach 30 percent from renewable sources last year, the rollout of solar energy and wind production for Hawaiian Electric pushed it to a 34.5 percent renewable portfolio standard.

To put that in perspective, that means the company’s clean energy use on the grid has more than tripled in 10 years. The higher production played its part in that, but lower consumer demand also helped last year. It builds on a 28.4 percent RPS for Oahu, Hawaii Island, and Maui County reached in 2019.

“Exceeding the state renewable energy mandate underscores Hawaiian Electric’s commitment to replace imported fossil fuels at a pace that keeps us on the path to be carbon neutral by 2045,” Scott Seu, president and CEO of Hawaiian Electric, said. “Despite the challenges of the pandemic, we pressed forward alongside our community, government and renewable energy development partners, and our customers.”

Maui did especially well last year, reaching a 50.8 percent RPS, thanks to a mix of solar, wind, and biofuels. Hawaii Island hit 43.4 percent, while Oahu reached 30.5 percent. According to Seu, the latter is especially important, though, despite the lower figure, because it was built more thanks to rooftop solar than grid-scale projects. Some 36 percent of single-family homes on Oahu now host rooftop solar.

Overall, total electricity generated by renewable energy resources with Hawaiian Electric increased 13 percent over 2019. In part, this was thanks to lowered electricity use caused by the COVID-19 pandemic. Still, a full year of production from West Loch Solar and Clearway Energy grid-scale solar facilities, as well as higher wind production and increased production from private rooftop solar, both helped.

All of this sets Hawaiian Electric on the path to more easily meeting its next state-required RPS milestone: 40 percent by 20230.

« Appalachian Power seeks renewable projects up to 300 MW, with potential for battery storage