Published on February 25, 2021 by Chris Galford 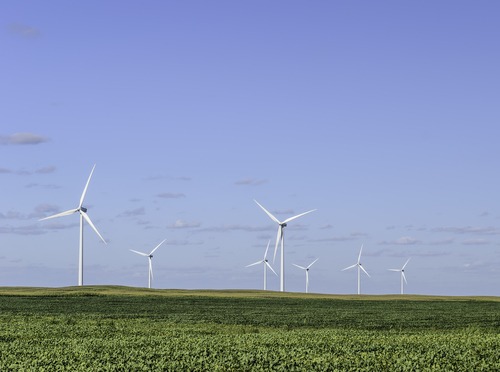 A new 200 MW solar project has begun construction in Illinois, care of National Grid Renewables and a Virtual Power Purchase Agreement with Cargill.

The Prairie Wolf Solar Project is slated to bring in millions in tax revenue, landowner income, and charitable initiatives to the region, in addition to the influx of renewable energy. Once online, it’s estimated to offset CO2 emissions by 285,000 metric tons annually.

“Prairie Wolf is on the leading edge of the large-scale solar energy industry in the Midwest,” David Reamer, head of development for U.S. Onshore Renewables at National Grid Renewables, said. “We are thankful to the community members in Coles County for welcoming us and look forward to bringing economic development to the local area. Further, we are pleased to partner with leading companies like Cargill and Swinerton Renewable Energy to prove that Midwest solar is economic, valuable, and the right choice for customers and businesses.”

Swinerton Renewables Energy is handling construction, which is expected to conclude by the end of the year. In terms of the Virtual Power Purchase Agreement between Cargill and National Grid Renewables powering the effort, though, Prairie Wolf actually marks the second collaboration between the two, following in the tracks of the Crocker Wind Farm in South Dakota.

“The groundbreaking of the Prairie Wolf Solar Project is an exciting step forward in Cargill’s work to support renewable energy as a way to change the way we power our operations, harnessing the innovative, economic and environmental benefits of renewable power,” Eric Hoegger, director of Global Renewable Energy for Cargill, said. “We are honored to continue partnering with National Grid Renewables as we work to fulfill our commitment to reduce CO2 emissions by 10 percent by 2025, measured against a 2017 baseline.”